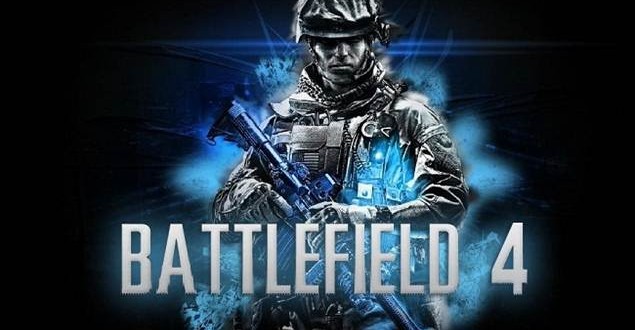 Battlefield 4 was a financial success, that much is certain, but the amount of strife the multitude of bugs caused players is badly hurting EA’s public image (not that the gaming community was overly fund of EA up until now). The launch of Battlefield 4 is characterized by various technical issues, issues that DICE has been trying to address and resolve for months.

At the end of the last year, DICE stated that all of their future projects would be put on hold until Battlefield 4 is properly working on all platforms. The news was well-received by a frustrated gaming community, but didn’t go so well with shareholders that were concerned with the company’s future revenues.

EA came to DICE’s defense, highlighting the fact that Battlefield 4 was testing fresh waters, being launched and developed on brand-new consoles. While this is certainly a viable excuse on some fronts, I can’t accept it entirely, as this excuse does not apply in the case of the PC version, a version that also faced severe problems, including game crashes. Patrick Söderlund, the Executive VP of EA Games stated that “When Battlefield 4 launched, it was a very complex game, launching on two entirely new console platforms, as well as current-gen and PC”.

We’re taking multiple steps to evaluate what occurred and incorporate those lessons into our development process for future products so we don’t experience the same problems again.

“We were pushing innovation heavily and we’re delivering 60 frames per second gameplay for 64 players plus the ability to connect via mobile tablet as a commander into the product, coupled those with some very innovative features in the gameplay side. Based on our prelaunch testing, our beta performance, we were confident the game was ready when it was launched. Shortly after launch, however, we began hearing about problems from our player community, and the development team quickly began to address the situation.” he continued.

Granted, there have been numerous patches in the last couple of month. However, some of these patches caused more issues than they had fixed. Even now, at the end of January, many players are still referring to Battlefield 4 as “Betafield 4” or “Battlecrash 4”. Justified? I think so. The game still faces multiple problems, with some extremely major ones, such as crashes or players losing their save progress entirely. And these problems occur on all platforms.

“We released multiple software updates across all platforms to resolve the primary issues, and game stability has significantly increased. How are we learning from this? The challenge that we’ve faced with Battlefield 4 is different from anything that we’ve seen before with other games. There were different issues that only manifest its scale in the post-launch live environment. We’re taking multiple steps to evaluate what occurred and incorporate those lessons into our development process for future products so we don’t experience the same problems again.” Söderlund concluded.

So, is EA really learning from the Battlefield 4 launch fiasco? I’m not exactly convinced. If anything, EA has a comprehensive launch-failure resume. From the top of my mind, SimCity comes as a prime example. The launch of Star Wars: The Old Republic wasn’t entirely problem-free either. Thus, you can forgive me if I’m somewhat skeptical.

For now, Battlefield 4 fans are surely less worried about future EA releases, and more worried about the actual status of the game they have paid for. DICE is still working hard on trying to patch things up, but they seem to be overwhelmed by the situation. Battlefield 4 isn’t just facing technical issues, it still needs work balancement-wise. Yesterday, we’ve found out that a major balancement patch is being prepared. DICE is aiming to tune weapons in the game, with the goal of increasing load-out diversity. The MTAR is getting nerfed, while shotguns and light machine guns are getting buffed up. That’s definitely something we’re looking forward to.

Lastly, EA promises to avoid a Battlefield 4-like fiasco with Titanfall, highlighting the fact that Respawn is a highly experienced studio, and Microsoft has a solid background of successfully launching shooter games on their consoles. CEO Andrew Wilson recently stated that “We’re currently moving through kind of public tests of [Titanfall], and we’re seeing great results and we’re really looking forward to seeing the gamer reaction in March.”. Does this mean Titanfall will have a solid and problem-free release? We can only hope, but there’s no telling if this will be the case until the game actually launches and players storm the game servers.

Old-school gamer with a cheeky tongue that gets me in trouble. When I'm not playing games, I'm writing about them, preferably in the vicinity of a fridge! Oh, and if you're a Justin Bieber fan, I'm afraid we can't be friends!
Previous Assassin’s Creed doesn’t have a planned ending
Next I need AMMO!