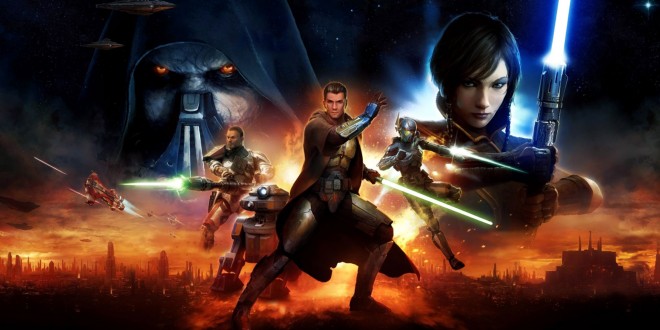 It seems that the Bioware/EA’s colossal (at least financially) MMORPG is slowly picking up. As the game went free to play following a great launch but mediocre early-stage, it has become increasingly profitable, motivating the developers to constantly release new content for it. Star Wars The Old Republic has received two expansion-packs to date, mainly Rise of the Hutt Cartel and the more recent Galactic Starfighter, which introduced an advance space combat system with a focus on Players versus Players. For 2014, two more major expansions have been announced, one that will be similar to Galactic Starfighter, and one that will resemble RotHC. Active development for new Flashpoints, new Operations and PvP Seasons is well underway. Character balancement changes will be included this year, along with new gear and performance tweaks (which, if pulled off well-enough, could result in a revival of the initial Ilum mass-PVP). A major update on the 4th of February made Star Wars The Old Republic: Galactic Starfighter available for free-to-play players, and two more major contents are planned for release in the upcoming months. Here’s what they will include: Another notable change this year will be the patching schedule, which will extend the time-frame between patches from two weeks to three weeks. While this means content will be coming to Star Wars The Old Republic at a slower pace, Bioware ensures us that the overall quality of the content will be increased, as they will have more time to properly test everything. With the new schedules, minor patches will be deployed every 3 weeks, while major patches will be coming every 9 weeks. “We feel the benefit of catching pesky bugs and improving quality is worth it and we remain committed to hitting our deadlines for all of our major content updates this year.” explained Senior Producer Bruce Maclean.

Overall, 2014 promises to be a great years for fans of Star Wars The Old Republic, and with many improvements over the last months, nay-sayers could actually give the game a go as well.

Old-school gamer with a cheeky tongue that gets me in trouble. When I'm not playing games, I'm writing about them, preferably in the vicinity of a fridge! Oh, and if you're a Justin Bieber fan, I'm afraid we can't be friends!
Previous Dragon Age: Inquisition survey asks players about multiplayer
Next NBA Live 14 gets a major new update