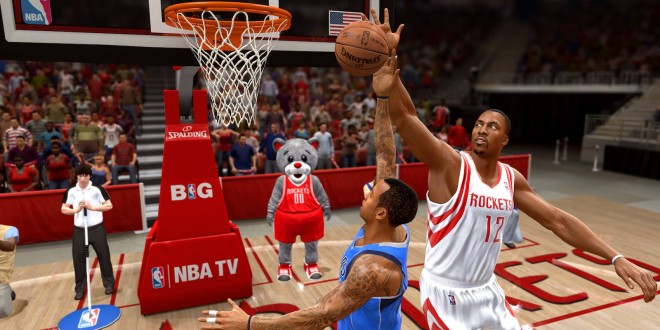 EA seems to be determined to improve the overall quality of NBA Live 14, which is not surprising, given the fact that the game received very bad reviews from both the press and the fans. It’s not that it is a terrible game (well, it actually is for the most part), as it does have some great concepts, but everything EA seems to have done with the basic game mechanics failed initially and needed serious work. That’s what this patch aims to address, possibly making the game playable and enjoyable. So, what’s new? Many things, including major graphical overhauls, fixed and improved controls and physics as well as a brand-new game-mode.

The game-mode is called Shootaround Mode, and it’s basically a practice mode in an empty gym. You can control any player and practice various skills, such as dribbling, shooting or tackling. The mode is also aiming to prepare players for NBA Live 15, which seems to be a given at this point, despite the negative reception of NBA Live 14. Graphical improvements are also included in the update, with a special emphasis on lighting and light effects. EA seems to have realized the plastic and unrealistic feel of players and objects in the game, ans is trying to find the best solutions to solve this issue. Every player and uniform received minor or major tweaks, textures have been upped, and colors are now more accurate and life-like. This certainly can’t be bad news, and the Xbox One and Playstation 4 definitely have the juice necessary to handle the improvements. Controls have been given a serious overhaul too, with a focus on responsiveness and physics. The ball will now react more naturally to the rim, dribble and movement speed of players has been addressed, and animations seem to be more fluid, with transitions feeling more natural. In addition, camera adjustments have been introduced, and there is a greater diversity in LIVE Challenges. Of course, it wouldn’t be a complete update without some new customization options, so expect to find new jerseys, uniforms and even a basketball with the original signature of NBA’s Adam Silver. The update is now live on both the Xbox One and the Playstation 4, so if you’ve been unhappy with NBA Live 14 up until now, perhaps it’s time to give it another try. For those of you on the fence about whether or not to buy the game, I’d advise you to still hold on for at least a couple more updates until NBA Live 14 really becomes a game worth buying and playing.

Old-school gamer with a cheeky tongue that gets me in trouble. When I'm not playing games, I'm writing about them, preferably in the vicinity of a fridge! Oh, and if you're a Justin Bieber fan, I'm afraid we can't be friends!
Previous Star Wars The Old Republic will receive two expansions this year
Next Wildstar’s funny new trailer teases the game’s features