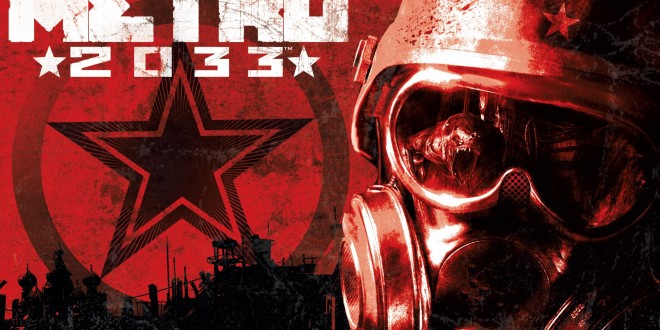 Metro 2033 and Last Light coming to PS4 and Xbox One

Metro 2033 and Metro: Last Light were extremely popular games that, up until now at least, were exclusive to the PC and Steam, as well as the Xbox 360 and PS3. That’s about to change, as some leaked images would suggest both Metro 2033 and Metro: Last Light will be coming to next-gen consoles, mainly the PS4 and the Xbox One. There were rumors that the two games would be reworked graphically to match the capabilities of the newest Sony and Microsoft hardware, as well as to bring the Metro franchise to consoles, but nothing solid could be grasped until now.

Italian gaming website Everyeye listed two promotional images that reveal the next-gen editions of Metro 2033 and Metro: Last Light, while also listing bonuses for picking these up, such as art cards, included soundtracks or limited edition packaging. It’s still awhile until PS4 and Xbox One users will be able to play Metro on their consoles, as the titles will only be (apparently) released in July. The 4A Games developed Metro games proved to be really successful, especially among critics and reviewers. A gloomy atmosphere and a post-apocalyptic world awaits and is ripe for exploring.

Not much is known about the Metro 2033 PS4, Metro 2033 Xbox One, Metro: Last Light Xbox One and Metro: Last Light PS4 games, especially not graphically speaking. It’s safe to assume the games will run in 1080p and will likely be visually pimped out similarly to the Tomb Raider Definitive Edition. The cost is unknown as of yet, but expect a full retail price, although it’s possible the two will be bundled together and sold as one discounted package. The Metro games are definitely worth picking up, so we’ll be keeping a close eye on these titles and keep you updated.

I’m Load The Game’s co-founder and community manager, and whenever I’m not answering questions on social media platforms, I spend my time digging up the latest news and rumors and writing them up. That’s not to say I’m all work and no fun, not at all. If my spare time allows it, I like to engage in some good old fashioned online carnage. If it’s an MMO with swords and lots of PvP, I’m most likely in it. Oh, and if you’re looking to pick a fight in Tekken or Mortal Kombat, I’ll be more than happy to assist! Connect with me by email markjudge (@) loadthegame.com only
@@MarkJudgeLTG
Previous Xbox One attack
Next HTC One M8 vs Apple iPhone 5s vs Samsung Glaxy S5 – Comparing prices