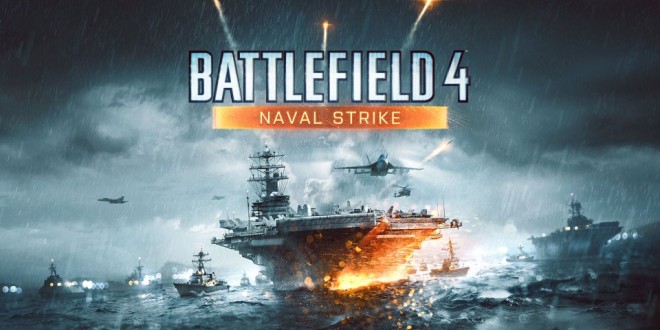 Battlefield 4 is not out of the woods just yet. The game still isn’t finished when it comes to a solid polish level, and these aspects are visible well after the initial launch of last year. The PC version seems to be suffering the most now, and the anticipated Naval Strike DLC for Battlefield 4 has been pushed back on this platform, according to a recent DICE tweet.

#BF4 Naval Strike will be available on April 15 for all non-Premium members. Learn more: http://t.co/pX4X15q68c | pic.twitter.com/7m6OZf2caI

The push-back seems to be caused by extensive lag, server issues and rubber-banding across all platforms. The issues seem to be especially prominent on the Battlefield 4 PC version and in the Second Assault DLC. DICE has promised to address the lag-spikes, troublesome pings and rubber-banding issues by completely overdoing their server systems. Of course, we’ve been hearing promises from DICE for awhile now, and the game is still far from enjoyable for many players. In a recent Battlefield 4 blog-post, DICE has explained that fixing latency issues and improving server stability and performance is a top priority for the company:

“We wanted to provide a quick update on the issues with Battlefield 4 “rubber banding” that some players on certain platforms have experienced during matches with 64 players. Looking into this further, we’re unhappy with our server performance, so we’ll be upgrading the hardware as soon as possible, investing more to deliver a better experience. As soon as we know the exact timetable, we’ll let you know the ETA. Reducing lag for these players is absolutely a top priority for us to solve and we expect to have the solution very soon.”

In the meantime, the Xbox One version of Naval Strike has been launched, but those of you that are hoping to pick the DLC up for the PC will have to wait until the 15th of April to do so. Battlefield 4 Premium members seem to be the most vocal about their disappointment. Let’s hope things get back on track soon enough.

I’m Load The Game’s co-founder and community manager, and whenever I’m not answering questions on social media platforms, I spend my time digging up the latest news and rumors and writing them up. That’s not to say I’m all work and no fun, not at all. If my spare time allows it, I like to engage in some good old fashioned online carnage. If it’s an MMO with swords and lots of PvP, I’m most likely in it. Oh, and if you’re looking to pick a fight in Tekken or Mortal Kombat, I’ll be more than happy to assist! Connect with me by email markjudge (@) loadthegame.com only
@@MarkJudgeLTG
Previous Diablo 3: Reaper of Souls sells over 2.7 million copies in its first week
Next New Dragon Age: Inquisition Screenshot revealed and rumors about endings