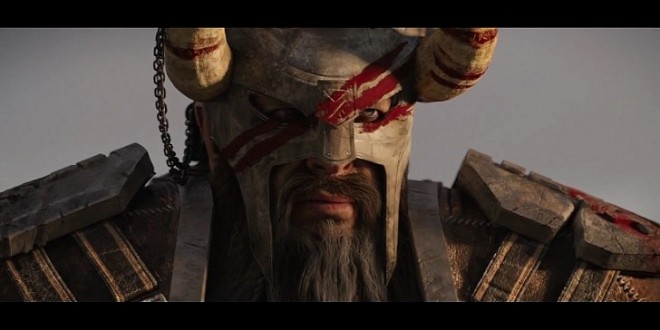 Early access has come and gone, and Elder Scrolls Online has finally been launched officially, at least on the PC. The PS4 and Xbox One versions are set to arrive sometime in June, but to properly mark the launch of the anticipated MMORPG, Bethesda and Zenimax have launched the official launch trailer for ESO, the third CGI trailer following the “Alliances” and “Arrival” trailers. We get a consistent trailer showing off some impressive visuals. The third trailer, entitled “The Siege”, continues where “Arrival” ended, showing the ever-developing struggle between the three factions, as well as the forces of Oblivion and inhabitants of Tamriel.

That being said, Elder Scrolls Online enjoyed a fairly smooth launch, with no significant issues aside from some quests being bugged to due server overload. No player queues, no extensive down-times and certainly no game-breaking bugs were encountered by players, and that’s always a good sign when we’re talking about MMORPGs of this magnitude and hype. It seems that the negativity surrounding Elder Scrolls Online has started to die out as players have begun their adventures in Tamriel. Those who bashed the game previously have been silenced by an abundance of positive feedback. It definitely seems as if most gamers that have entered the world of Elder Scrolls Online are having a good time, and that’s all it matters.

Bethesda hasn’t released any information about exact player-counts so far, but based on all indications, the game certainly looks like it’s off to a promising start. Time will tell if it will manage to stay successful and if gamers will have enough end-game content to keep them engaged for a long time. If you’ve played ESO, what were your impressions of the game so far?

I’m Load The Game’s co-founder and community manager, and whenever I’m not answering questions on social media platforms, I spend my time digging up the latest news and rumors and writing them up. That’s not to say I’m all work and no fun, not at all. If my spare time allows it, I like to engage in some good old fashioned online carnage. If it’s an MMO with swords and lots of PvP, I’m most likely in it. Oh, and if you’re looking to pick a fight in Tekken or Mortal Kombat, I’ll be more than happy to assist! Connect with me by email markjudge (@) loadthegame.com only
@@MarkJudgeLTG
Previous Google TV reborn as Android TV
Next Support for Windows XP ends today