Breaking News
Home » LTG Slider » GTA 5 rumored to be coming out for PC, PS4 and Xbox One 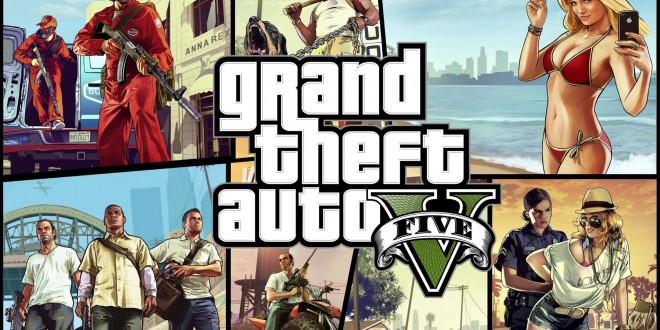 GTA 5 rumored to be coming out for PC, PS4 and Xbox One

Gamers everywhere have waited for news on the release of GTA 5 on the PC for a while now. Rockstar launched their action adventure title for Xbox 360 and PS3 last September but have remained quiet about whether or not the game will come out on PC and next-gen consoles as well.

A rumor regarding the matter has kept spreading around recently. A few days ago TECH-NICK from Saturn.de had this to say on Twitter:

Which translated means something along the lines of “Since I keep getting asked: The release of GTA 5 for PC, Xbox One and PS4 is expected for June“. Again, this is only a rumor and TECH-NICK is in no way affiliated with Rockstar. However, the tweet was posted on the official Saturn.de Twitter page so maybe somebody there heard something and decided to spread the word?

It translates to “ Guys, regarding the GTA 5 release again: They are just rumors. The industry isn’t aware of anything. But I’ll stay tuned for you, plain sailing. “

So is GTA 5 coming out for the PC and next-gen consoles or not? Rockstar still haven’t confirmed anything about a release date for the above mentioned platforms so we can’t say for sure yet.

Do you guys think it will come out in June as TECH-NICK claims or is this just another rumor? Use the comment section below if you wish to give us your 2 cents on the matter.

I’m Load The Game’s co-founder and community manager, and whenever I’m not answering questions on social media platforms, I spend my time digging up the latest news and rumors and writing them up. That’s not to say I’m all work and no fun, not at all. If my spare time allows it, I like to engage in some good old fashioned online carnage. If it’s an MMO with swords and lots of PvP, I’m most likely in it. Oh, and if you’re looking to pick a fight in Tekken or Mortal Kombat, I’ll be more than happy to assist! Connect with me by email markjudge (@) loadthegame.com only
@@MarkJudgeLTG
Previous The Hearthstone tournament hosted at Dreamhack Bucharest unveils its caster team
Next AMD aiming for the top with Radeon R9 295X2