Breaking News
Home » NEWEST GAME TRAILERS » Ubisoft’s The Crew coming out this fall on the PC, PS4 and Xbox One 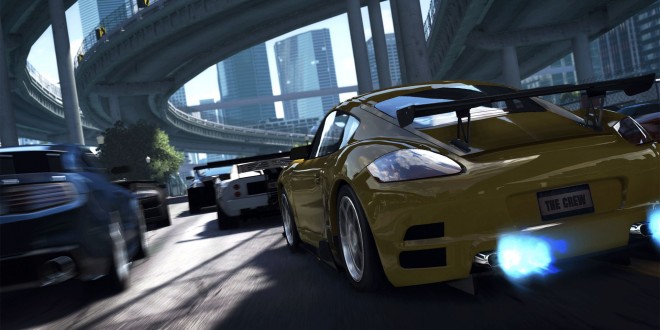 Ubisoft’s The Crew coming out this fall on the PC, PS4 and Xbox One

Ivory Tower and Ubisoft Reflections have apparently decided that it’s time to take the MMO genre to the streets, literally. The Crew is an open world racing game being developed for the PC, PS4 and Xbox One.

The game is set in the United States and features a campaign that will take you about 20 hours to complete. All the missions can be played in single player mode or online with friends. Multiplayer lets players create teams to compete in online races and other game modes. Car building and customization will also be available. Ubisoft announced today that The Crew will be released this fall exclusively for the PC, PS4 and Xbox One. The company has prepared two pre-order versions of the game aimed for the consoles:

The Limited Edition gives early access to the BMW Z4, Mini Cooper and Dodge Ram SRT-10 along with all the respective custom and performance parts. This edition also includes 10.000 Crew Credits. The Muscle Edition includes everything from the Limited Edition, plus early access to the 2014 Ford Mustang GT. The Muscle Edition can only be pre-ordered at GameStop.

Along with the announcement the company also released a new trailer that shows what the revolutionary action-driving game is all about. Check it out below:

I’m Load The Game’s co-founder and community manager, and whenever I’m not answering questions on social media platforms, I spend my time digging up the latest news and rumors and writing them up. That’s not to say I’m all work and no fun, not at all. If my spare time allows it, I like to engage in some good old fashioned online carnage. If it’s an MMO with swords and lots of PvP, I’m most likely in it. Oh, and if you’re looking to pick a fight in Tekken or Mortal Kombat, I’ll be more than happy to assist! Connect with me by email markjudge (@) loadthegame.com only
@@MarkJudgeLTG
Previous AMD aiming for the top with Radeon R9 295X2
Next Blizzard registers new trademark under the name “ Overwatch ”