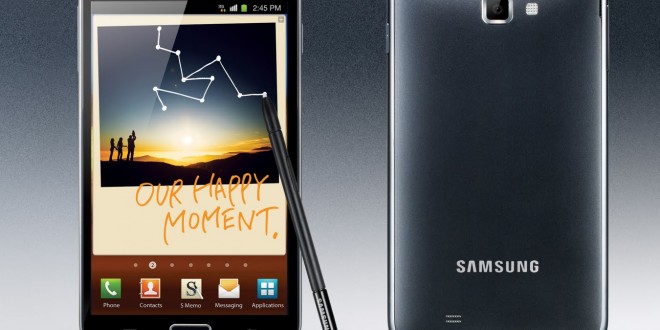 The South Korean tech giant confirmed the arrival of Samsung Galaxy Note 4 this fall, suggesting it may come during the IFA Trade Show: “Samsung is considering holding a launch event for the Note 4 at the IFA trade fair”, a Samsung official stated.

At this moment there’s not a lot we know about the Samsung Galaxy Note 4, only that it will come with some fresh upgrades, according to a report. The next flagship device of Samsung will sport a 64-bit processor, Advanced-LTE, offering faster data speeds and support for HD and ultra-HD.

It is possible that UHD resolution will be 3840 × 2160 pixels, such a high-resolution screen would be a marvel for people who use their phones to view and edit media. Although, many details are not given.

Some rumors also claim that Samsung Galaxy Note 4 will have the same IP67 certification like the Galaxy S5, meaning the device will also be water-resistant and dust-proof.

The Samsung officials stated that Samsung Galaxy Note 4 might have a curved display, as they have been exploring the idea: “is a possible option“, they said, yet it’s still not certain if Samsung will be ready for the technology by the time of Galaxy Note 4’s launch.

There is the possibility of Galaxy Note 4’s release date to coincide with the release on Apple’s much expected iPhone 6, which is also rumored to hit the shelves at some point in this fall, along with the iWatch and the first view of iOS 8, bringing a new product to market.

I’m Load The Game’s co-founder and community manager, and whenever I’m not answering questions on social media platforms, I spend my time digging up the latest news and rumors and writing them up. That’s not to say I’m all work and no fun, not at all. If my spare time allows it, I like to engage in some good old fashioned online carnage. If it’s an MMO with swords and lots of PvP, I’m most likely in it. Oh, and if you’re looking to pick a fight in Tekken or Mortal Kombat, I’ll be more than happy to assist! Connect with me by email markjudge (@) loadthegame.com only
@@MarkJudgeLTG
Previous Titanfall Expedition DLC announced today at Pax East
Next Facebook moves forward with Facebook Messenger, forcing it via a free download