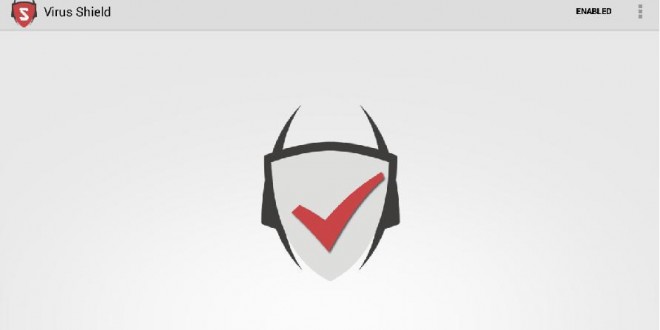 After a little while since the security company Trend Micro found at least two apps on the Google Play store containing code to join any phone that has them to a cryptocoin-mining swap, the Android Police has found a new app available on Google Play, that turned out to be a scam. The Android antivirus called “Virus Shield” turned out to be completely useless. More than 30.000 downloaded the $3.99 app from Google Play since the day it’s been uploaded, 28 March until 6 April, the day it’s been taken down, probably due to action by Google whose developer terms state that that apps “must not contain false or misleading information in any content, title, icon, description, or screenshots”.

Apparently the app searched the user’s phone for viruses, also promising not to affect battery life, but the app did only one thing: it changed its icon when pressed, to make it look like it was active. And of course, when the Android Police examined the app, they found out the Android antivirus didn’t even contain any code to do anything else. A little too late, we might add. Why didn’t anyone check the app’s reliability before uploading it? Jesse Carter, whose Deviant Solutions uploaded the app, insisted that “we never intended to scam our customers on Google Play” with the non-functional app. He also said that “one of our developers simply made a foolish mistake”.

The mistake was actually a mix-up between the version that contained the antivirus code for the app and a placeholder, never intended to be released, which was the “fake” app that Android Police took apart. Carter added that “after reading the article created by Android Police, we immediately unpublished our app from the marketplace to upload the intended version. However, our Google Play Developer account was suspended before we could make said amendments. We have not withdrawn any earnings received from Virus Shield and intend to refund all purchases. We may possibly upload the intended version of the app for free to everyone.”

A free app for everyone could be enough regain confidence, but will it actually do something this time? Despite not protecting users against viruses, or doing anything at all, the app was the third most popular paid app on the entire Google Play store, and the most popular new app. It even received high marks from users: its average star rating was 4.7 out of 5. Surprisingly, users responded well to the “benefits” of the app, such as low battery usage, no advertisements, and very fast operation, without being overly concerned that it didn’t get rid of viruses. So it would be really disappointing if it turns out to be another “fake” or “a foolish mistake”.

In what concerns this matter, Google declined to say what action it would take over the app. After Virus Shield was removed, a spokesman for Google said: “We remove applications that violate our policies, such as apps that are illegal or that promote hate speech. We don’t comment on individual applications.”

I’m Load The Game’s co-founder and community manager, and whenever I’m not answering questions on social media platforms, I spend my time digging up the latest news and rumors and writing them up. That’s not to say I’m all work and no fun, not at all. If my spare time allows it, I like to engage in some good old fashioned online carnage. If it’s an MMO with swords and lots of PvP, I’m most likely in it. Oh, and if you’re looking to pick a fight in Tekken or Mortal Kombat, I’ll be more than happy to assist! Connect with me by email markjudge (@) loadthegame.com only
@@MarkJudgeLTG
Previous Facebook moves forward with Facebook Messenger, forcing it via a free download
Next Homeworld Remastered Collector’s Edition will be available by the end of the year