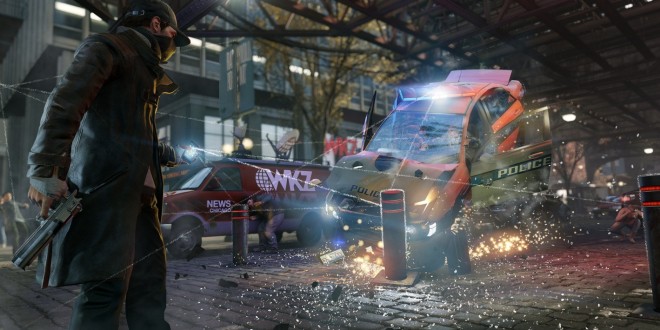 Ubisoft’s keeping things clear with Watch Dogs. The open-word action-adventure releasing on all major platforms next month was expected to have a multitude of cheat codes available for players that like the easy way. Alas, this will not be the case, as Ubisoft has recently revealed that there won’t be any Watch Dogs cheats included in the game. Creative Director of Watch Dogs Jonathan Morin set things straight when answering a fan via a tweet, where he specified that the developers did not include any sort of cheat support into the game:

@WatchDogsHQ No we did not put cheat codes.

This is a different take on things, as Rockstar’s highly popular Grand Theft Auto V shares gameplay similarities and has support for a vast number of cheat codes. Then again, tradition dictates that GTA games have to feature these, so there was no surprise for fans to see the abundance of GTA 5 cheats available. This trend is not being picked up by Ubisoft however, and Watch Dogs will stay clean. You’ll have to earn your wealth, fortune and success the hard way, by working for it. Ubisoft did however mention that you don’t have to be a completionist in order to finish and enjoy Watch Dogs, so if you’re worried about not having a chance without resorting to some Watch Dogs cheats, fear not.

Watch Dogs is set for a May 27 release, and will be coming on the Xbox One, Xbox 360, PC, PS4 and PS3, with a Wii U version also being in the works, but coming at a later time, sometime in fall 2014. Are you disappointed because of the lack of cheat support in Watch Dogs? Were you hoping to see codes similar to the now well-known GTA 5 cheats?

Old-school gamer with a cheeky tongue that gets me in trouble. When I'm not playing games, I'm writing about them, preferably in the vicinity of a fridge! Oh, and if you're a Justin Bieber fan, I'm afraid we can't be friends!
Previous LG G3 recent leaks show a new flat UI and confirm rumors
Next Google Glass now available for more people