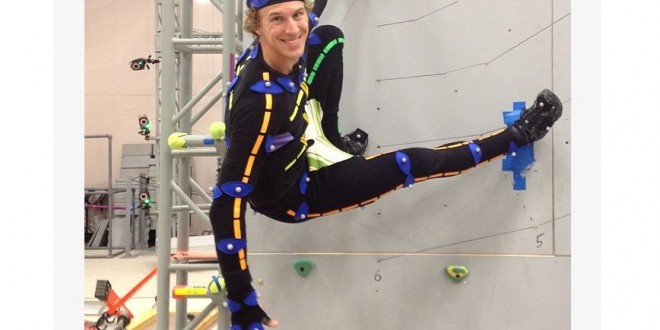 Let’s get the obvious info out first:  if you are a diehard fan of the series and you’ve been following this game’s development, you know that AC5 will have two versions: one for the last-gen consoles called ‘Comet’ and one for the PS4 and Xbox One called ‘Unity’, which is set during the French Revolution. We also know that it will feature a male assassin, who goes by the name of Arno. This small nugget, together with a brief launch video is everything we have so far on the game. Which is not a lot to chew on…

Fear not, because the fresh rumor comes from parkour artist Jesse La Flair, who claims the game is quite ahead of its development. He also posted a picture of himself ‘wall-running’ while working on a “popular video game”. He would not confirm the game’s name itself, only saying: “Can you guess what video game I may or may not be working on?” #mocap #verypopulargame” on his Facebook page. My advice for you would be to take this info with a grain of salt, but this reference is most likely made about Assassin’s Creed 5. The new game in the series will apparently feature wall-running, further enhancing the previously encountered movement arsenal of other assassins.

The only information we can rely on to be accurate comes from the official announcement:

“Qu’ils mangent de la brioche [Let them eat cake]! We have been working on the new Assassin’s Creed for more than three years and although we weren’t quite ready to show you our full vision for a next-gen only AC, it seems Abstergo are trying to force our hand! So here’s a true first look at in-game footage from Assassin’s Creed Unity. Stay tuned – we’ll have many more exciting details for you in the months ahead!”

About the Assassin’s Creed universe: it’s a series of action-adventure, open world stealth video games, based off fictional history. As of 2013, it consists of seven main games and a number of supporting materials. So far the series has been a profitable franchise for Ubisoft, selling over 55 million copies worldwide as of March, 2013. It has been well received by gamers and critics alike. Its inspiration comes from the novel Alamut by the Slovenian writer Vladimir Bartol. Many consider the games to be a spiritual successor to the Prince of Persia series.

I’m Load The Game’s co-founder and community manager, and whenever I’m not answering questions on social media platforms, I spend my time digging up the latest news and rumors and writing them up. That’s not to say I’m all work and no fun, not at all. If my spare time allows it, I like to engage in some good old fashioned online carnage. If it’s an MMO with swords and lots of PvP, I’m most likely in it. Oh, and if you’re looking to pick a fight in Tekken or Mortal Kombat, I’ll be more than happy to assist! Connect with me by email markjudge (@) loadthegame.com only
@@MarkJudgeLTG
Previous Samsung Galaxy S5 vs Samsung Galaxy Note 3 – A tough decision
Next The Last of Us Remastered has a possible release date