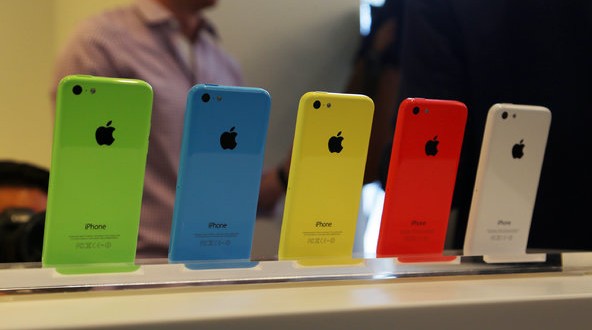 Apple’s new entry-level smart phone hits the shelves in more countries. The iPhone 5c 8GB, released last moth, is the cheaper version of the typical 16GB iPhone 5c. Apple is now widening the availability of the model in an attempt to boost sales. The new countries include: Italy, Sweden, Netherlands, Czech Republic, Ireland, Portugal, Austria, Spain, Norway, Switzerland, Finland and Denmark. It will supposedly be 50 E cheaper than the original iPhone 5c 16GB, which should help attract new costumers.

Given that the introduction of the iPhone 5c was regarded as a bad move by Apple, it seems rather odd that the company is trying to introduce an even cheaper variant in order to boost sales. This may be a last resort effort by Apple before it stops the production of the 5c series altogether. We can only guess. Are you interested in buying the cheapest iPhone yet? Right now, a carrier-free, 16 GB version iPhone 5C can be picked up for the acceptable price of $500, with some retailers having discounted prices. The phone’s price can go down to $450 with some good deals, so it’s definitely one of the most affordable Apple iPhones we have ever seen so far. Take a look at what the iPhone 5C offers in terms of specs before you decide:

If you are a proud owner of the iPhone 5c, tell us about your experience and how you generally feel about the device in the comment section below!

Old-school gamer with a cheeky tongue that gets me in trouble. When I'm not playing games, I'm writing about them, preferably in the vicinity of a fridge! Oh, and if you're a Justin Bieber fan, I'm afraid we can't be friends!
Previous Tom Clancy’s The Division latest screenshot
Next Risen 3: Titan Lords cinematic teaser and discussions