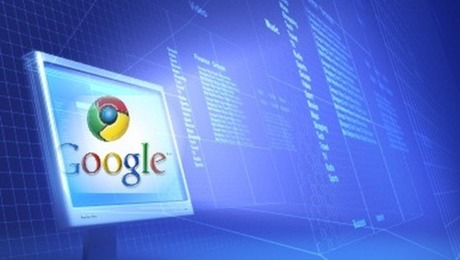 Google released Chrome Remote Desktop for Android, an app that allows you to connect to Chrome on a PC and lets you access files even if you are miles away from home. If you are running Android 4.0 or above and you would like to try this new app, just head to the closest Google Play store and download it, and start accessing your desktop on your Android device.

Chrome Remote Desktop was first released in October 2012, and until then it has been updated. Windows, Mac OS X, Linux, and Chromebooks have been able to use it for a while now, but this week’s addition of Android phones and tablets turns is into one of those must-have apps. Since its release the app grew very popular amongst extremely busy people that could connect to their PCs at home and access the files they needed, thus saving a lot of time.

There are still concerns about users’ privacy, all traffic is sent over SSL and even if Google claims that none of their session data is recorded, there is no guarantee. It’s not a secret that Google is a huge advertising company, so the fact that it might be interested on users’ personal data and privacy is quite obvious. The SSL isn’t immune to exploitation, so the risk of having your PC invaded and all your private data used against you exists.

But if you still want to get this app, here is what you have to do: download the Android app from Google Play, install the Chrome Remote Desktop extension into a desktop’s Chrome browser to connect the two systems. You will have to grant access for the remote connection to work and then you must also set a PIN code for your PC. Then you must select the PC name that will appear in the Chrome Remote Desktop before plugging in the same code within the app.  From here on, you are good to go.

I’m Load The Game’s co-founder and community manager, and whenever I’m not answering questions on social media platforms, I spend my time digging up the latest news and rumors and writing them up. That’s not to say I’m all work and no fun, not at all. If my spare time allows it, I like to engage in some good old fashioned online carnage. If it’s an MMO with swords and lots of PvP, I’m most likely in it. Oh, and if you’re looking to pick a fight in Tekken or Mortal Kombat, I’ll be more than happy to assist! Connect with me by email markjudge (@) loadthegame.com only
@@MarkJudgeLTG
Previous Lenovo Flex 2, A540, B50 and G50 available soon
Next E3 2014: 10 games we expect will make an appearance