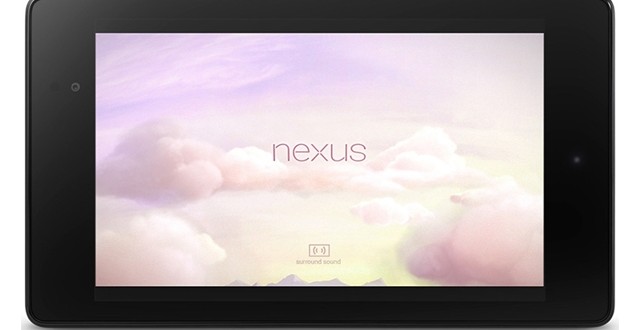 Google Nexus 8 will be manufactured by HTC

Google and HTC will be collaborating once again according to a report by DigiTimes. The same two companies that co-developed the Nexus One, Google’s first smartphone have partnered again to work on the Nexus 8 tablet. Google worked with Asus for the Nexus 7 but it seems that the company is considering a new direction for its third generation tablet, therefore a new partner was needed. The device is rumored to be released during the third quarter of this year, the report mentions.

“Google partnered with Asustek for the first two generations of Nexus 7, but for the next-generation model, the Internet giant is considering adopting a new design and therefore has switched to a new partner, the sources noted.” The article also says that Google has initially contacted HTC for a partnership but was turned down by the company. Apparently HTC was busy pushing their own products on the market back then and were not available for other projects.

The report also adds that Google will not be very aggressive about the Nexus 8 given the fact that the series has already accomplished its original goal. The Nexus tablets were created for the purpose of boosting Android’s penetration on the table market, which they did. “With Nexus tablets no longer having a significant influence in the tablet market, some market watchers believe the new device could be the last tablet Google releases.” DigiTimes mentions as an end note.

The Nexus 8 is believed to be unveiled at the Google’s I/O conference which takes place later this year, in June. The tablet will run on the upcoming Android 4.5 Lollipop operating system and will be powered by an Intel BayTrail processor according to earlier reports. These are all technically just rumors though so treat them as such until something is announced by Google or HTC. We’ll keep you updated as soon as we hear anything else so please stay tuned.

I’m Load The Game’s co-founder and community manager, and whenever I’m not answering questions on social media platforms, I spend my time digging up the latest news and rumors and writing them up. That’s not to say I’m all work and no fun, not at all. If my spare time allows it, I like to engage in some good old fashioned online carnage. If it’s an MMO with swords and lots of PvP, I’m most likely in it. Oh, and if you’re looking to pick a fight in Tekken or Mortal Kombat, I’ll be more than happy to assist! Connect with me by email markjudge (@) loadthegame.com only
@@MarkJudgeLTG
Previous How to get an iPhone 5s for free or $40 for your damaged iPhone 4s
Next The Witcher 3’s pre-order bonuses promise to be “f***ing amazing”