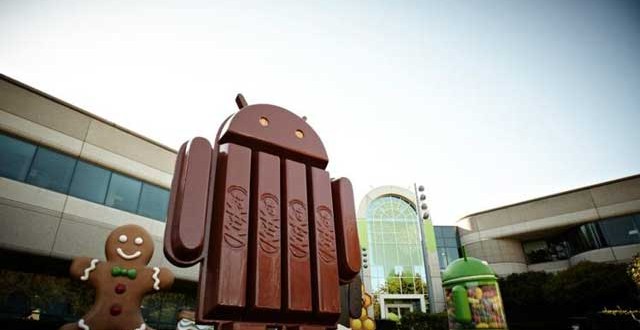 Rumors and leaks have been surfacing for weeks now and it looks like they keep coming in on a daily basis so I figured it’s time for a little round-up. Google hinted that the long awaited Android KitKat 4.4.3 update will come out any time now and the company is already taking the necessary steps to ensure a smooth transition.

According to multiple sources, Google is currently working on making apps compatible with 4.4.3 and it’s believed that the update will roll out as soon as they have finished. Nexus 5, Nexus 7 and Google Play Edition devices will be first in line for the new update. Android KitKat 4.4.3 might not arrive after all for Nexus 4 although it was believed that it will just last week, and there is still no news about the OS update for Nexus 10 tablets.

KTU84F, also know as Android Kitkat 4.4.3 was announced by Sprint last week, they also mentioned that the update will be rolling out gradually from April 14th to April 21st starting with the Nexus 5. So what happened? Well, a quick look on the carriers website reveals an interesting announcement  that reads: “Important Note: Due to an issue with the software, this update has been put on hold. Will update this post as soon as the rollout resumes. Google Nexus 5 Software Update –  KTU84F”. The note was posted on April 21st.

A customer service representative then posted the following message on the Nexus 5 forum : “An issue was found with software and hence the reason for pulling out this update. My understanding is a new software update will come out very soon. I will update this space with that information as soon as I can. I apologize for the delay.” No specific details were given as to why the update was delayed but it is assumed Google encountered some problems along the way and needed some time to fix them.

Although an official change log has not been revealed yet, according to leaks Android KitKat 4.4.3 will presumably fix more than three dozen bugs that have plagued Android 4.4.2 users. The update is said to address Bluetooth and Wi-Fi connectivity issuses, random reboots, USB debugging and VPN problems, among others. The update consists mostly of bug fixes and it will not come with any new features for Nexus users. Android KitKat 4.4.3 will most likely be the last update before Android Lollipop 4.5 rolls out with a brand new 2D design this July.

I’m Load The Game’s co-founder and community manager, and whenever I’m not answering questions on social media platforms, I spend my time digging up the latest news and rumors and writing them up. That’s not to say I’m all work and no fun, not at all. If my spare time allows it, I like to engage in some good old fashioned online carnage. If it’s an MMO with swords and lots of PvP, I’m most likely in it. Oh, and if you’re looking to pick a fight in Tekken or Mortal Kombat, I’ll be more than happy to assist! Connect with me by email markjudge (@) loadthegame.com only
@@MarkJudgeLTG
Previous Dragon Age: Inquisition gets new trailer and a release date
Next How to get an iPhone 5s for free or $40 for your damaged iPhone 4s