Breaking News
Home » Mobile » OnePlus One vs HTC One M8 – Will the underdog defeat the legend? 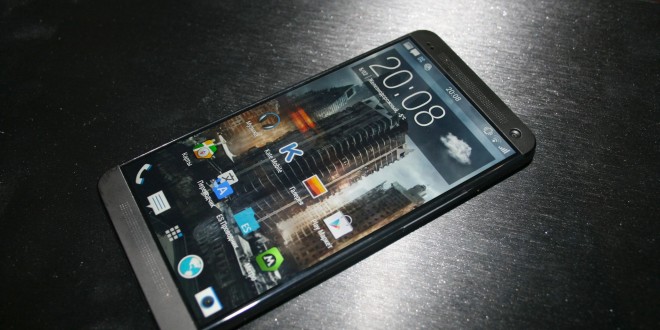 OnePlus One vs HTC One M8 – Will the underdog defeat the legend?

If you were to choose between these two smartphones, which one would you choose?  OnePlus One has hit the market with very powerful specifications and HTC One (M8) is known to be the almost-perfect smartphone. The price is not yet concrete for OnePlus One, but we definitely know that HTC One stays somewhere around 600-700$, contract free.

The most anticipated smartphone in China has already amazed many people with its slim screen and elegance. “Embracing this design language, the One features subtle curves, sleek lines and a slightly raised, jet-black display. Even the smallest details belong uniquely to OnePlus, from the custom cut and engineered PCB boards to the specially designed battery and dyed inner casing. Each component is meticulously aligned and adorned with a OnePlus logo for a gorgeous device inside and out. Measuring only 8.9mm thick, the OnePlus One is ergonomic and easy to grip, with a tapered edge of just 4.6mm.”

This smartphones is very powerful when compared to the last year’s HTC One, which had tremendous success. Perhaps it wasn’t as successful as the iPhone 5S or Samsung Galaxy S4, but still, comparable. The HTC One M8 is almost perfectly designed and some might say that it is a combination of Samsung and Apple designs. It brings a micro SD slot which allows consumers to expand its memory up to 128 GB. It also includes the fancy knock-lock screen that LG G will bringing along as well, in an even more refined, powerful and useful way.

We also have to mention that both smartphones are developed for movement and voice recognition, too, or that data sharing is easier to use than ever. Social media and news are included in front-screens apps which are very accessible for the user. But for someone who is really interested in buying one of these two smartphones, the decision should be based on speed, power of data processing, Internet speed and nevertheless, a good price. OnePlus One will definitely be a lot cheaper than its rival, HTC One M8, but it also appears to be on 16 markets only, for now. In regards to the battery, the new Chinese phone has a battery of 3100 mAh while the HTC One M8 has one of 2600mAh. This doesn’t necessarily mean that the OnePlus will have a longer battery life, but it’s a possibility.

On the other hand, the HTC One M8 brings the experience and pedigree of a world-renown manufacturer, with high build quality, top-notch hardware and reliability. It’s doubtful the OnePlus One will provide heavy competition to HTC’s One M8, but it might just set a new trend that could evolve in coming years. There’s a lot of potential hidden there, and if marketing and public opinion will be favorable, we can surely expect things to change in the future.

I’m Load The Game’s co-founder and community manager, and whenever I’m not answering questions on social media platforms, I spend my time digging up the latest news and rumors and writing them up. That’s not to say I’m all work and no fun, not at all. If my spare time allows it, I like to engage in some good old fashioned online carnage. If it’s an MMO with swords and lots of PvP, I’m most likely in it. Oh, and if you’re looking to pick a fight in Tekken or Mortal Kombat, I’ll be more than happy to assist! Connect with me by email markjudge (@) loadthegame.com only
@@MarkJudgeLTG
Previous Samsung Galaxy Beam 2 – Projector plus Smartphone
Next Samsung strikes again bringing the next Samsung Galaxy Mega 7.0 phablet