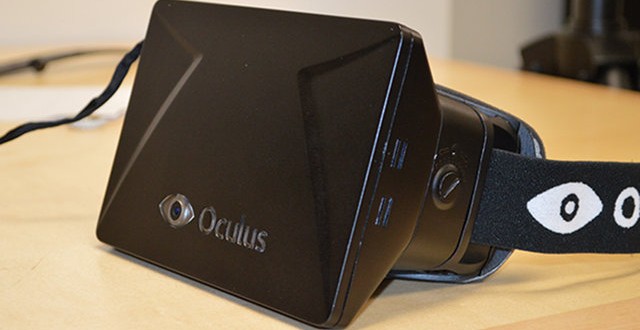 We posted an article not long ago which mentioned that the Oculus Rift VR headset might have been built with technology stolen from ZeniMax Media. Oculus VR denied these accusations today and have also given a list of reasons which contradict the claims coming from ZeniMax.

This statement was made via an email sent to freelance videogame writer Dan Griliopoulos. Oculus VR also added that ”We are disappointed but not surprised by Zenimax’s actions and we will prove that all of its claims are false”. It does look like Oculus managed to bring some solid arguments to the table, we’re curious to see how ZeniMax Media responds to all of this. Rumor has it that the company only started throwing accusations after Facebook announced their plans to acquire Oculus VR for $2 billion back in March.

Most of the claims are directed towards John Carmack, Oculus VR CTO and former employee at ZeniMax subsidiary, id Software. Carmack is accused of having provided software that was crucial to the development of the Oculus while he was still working for ZeniMax Media. The company also added that the code turned the Oculus Rift from a ”garage-based pipe dream into a working reality.”

No work I have ever done has been patented. Zenimax owns the code that I wrote, but they don't own VR.

John Carmack already denied these claims earlier via Twitter as we can see above, he also added that  “Oculus uses zero lines of code that I wrote while under contract to Zenimax.” The company seems to be in a tight spot at the moment and a response from ZeniMax is certain to arrive sometime in the near future. Stay tuned as we bring you more updates on the situation.

I’m Load The Game’s co-founder and community manager, and whenever I’m not answering questions on social media platforms, I spend my time digging up the latest news and rumors and writing them up. That’s not to say I’m all work and no fun, not at all. If my spare time allows it, I like to engage in some good old fashioned online carnage. If it’s an MMO with swords and lots of PvP, I’m most likely in it. Oh, and if you’re looking to pick a fight in Tekken or Mortal Kombat, I’ll be more than happy to assist! Connect with me by email markjudge (@) loadthegame.com only
@@MarkJudgeLTG
Previous Dark Souls devs working on something new called Project Beast
Next Tales from the Borderlands first screenshots revealed