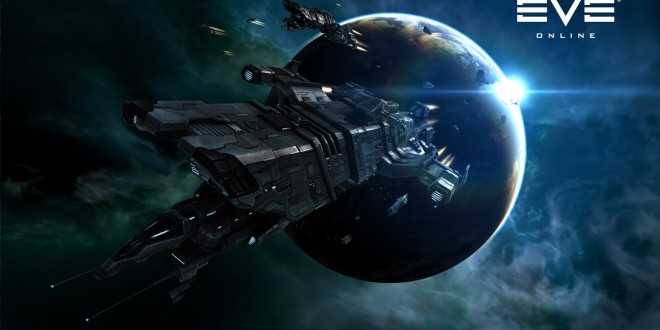 The popular – yet very hardcore – MMO Eve Online turned 11 years old today.  To mark the momentous occasion, CCP Games sent out to all players a small “token of gratitude”: three in-game drones called Gecko super heavy drones to help players in their online quest. CCP also announced that eight more drones will be unlocked by the community by completing a number of challenges together.

With a vast history of unbelievable events under its belt in only 11 years of age, Eve Online boasts a bright future for its half a million subscribers.  While it’s numbers seem to pale in comparison to industry giants, Eve’s unique gameplay has led to some of the most memorable scenarios in gaming history, of the best examples being a recent Space Battle that was estimated to have cost around $300,000 in ship damages, with over 70 Titan class ships being destroyed. As a side note, a Titan ship takes months to build and costs around $3000 dollars.

While the grand scale of being in such an event sounds glorious – and in game screenshots makes it seem even more so – Eve Online is also one of the hardest games to pick up by anyone, thus explaining the relatively small player base. The steep learning curve however has never been compromised in the past 11 years by the developers,  and in some sense this has payed off.  Eve is alive, successful and – of course – 11 years old with no signs of it stopping.

With nothing but the limits of imagination stopping eve, we look forward to seeing what the next 11 years bring to the table for one of the most unique games on the market.

I’m Load The Game’s co-founder and community manager, and whenever I’m not answering questions on social media platforms, I spend my time digging up the latest news and rumors and writing them up. That’s not to say I’m all work and no fun, not at all. If my spare time allows it, I like to engage in some good old fashioned online carnage. If it’s an MMO with swords and lots of PvP, I’m most likely in it. Oh, and if you’re looking to pick a fight in Tekken or Mortal Kombat, I’ll be more than happy to assist! Connect with me by email markjudge (@) loadthegame.com only
@@MarkJudgeLTG
Previous WildStar Open Beta starts May 8th
Next Rumor: Infinity Ward might absorb Neversoft 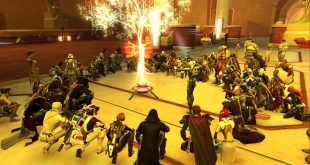