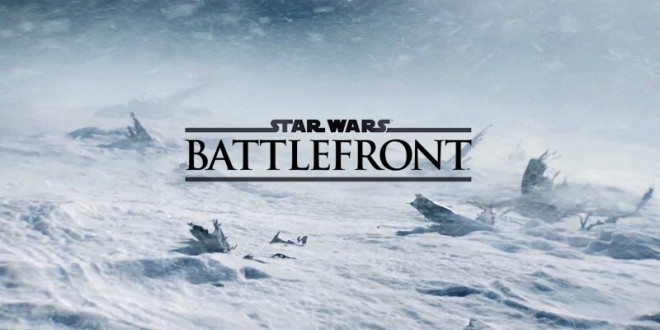 Star Wars: Battlefront to be shown at E3

Star Wars: Battlefront is a title that has had many gamers on the edge of their screens since it’s announcement. While the game is far from complete, the DICE developed product will be making an appearance at this year’s E3. During a EA investors conference call, CEO Andrew Wilson stated that the game is coming along “very, very well”, but adding that there is “Lots and lots of work to go”.

Despite being early in the development cycle and the only available material on the game being it’s announcement teaser trailer, Battlefront is set to be one of the games shown off at E3 in June. Whether or not it will have a playable demo or a video presentation remains to be seen. Also note, it is unknown as of now, if the game will appear at EA’s press conference scheduled for Monday, June 9th, or if it will be part of a console manufacturers’ conference.

It is also noteworthy that Battlefront isn’t the only Star Wars game to be developed under the EA umbrella, as they have signed a deal with Disney last year to create multiple Star Wars games. Visceral games – the people behind Dead Space – are reported to be working on one such title – rumors of it being open world – written by former Uncharted writer Amy Henning. Back in DICE, executive producer Patrick Bach has admitted that making Battlefront is a “scary” prospect. The original Battlefront and its sequel were developed by now defunct studio Pandemic, and there is a high ceiling of expectation to live up to.

Last bust definitely not least, all future Star Wars games will be canonical. Thus, it will be interesting to see how closely EA writers will work with Disney’s writers and how much of an impact the games will have on the Star Wars universe. Battlefront, by the very nature of the game, will bring us massive battles that can potentially alter the course of the beloved space opera story and thus sparks the curiosity of gamers and Star Wars fans alike.

I’m Load The Game’s co-founder and community manager, and whenever I’m not answering questions on social media platforms, I spend my time digging up the latest news and rumors and writing them up. That’s not to say I’m all work and no fun, not at all. If my spare time allows it, I like to engage in some good old fashioned online carnage. If it’s an MMO with swords and lots of PvP, I’m most likely in it. Oh, and if you’re looking to pick a fight in Tekken or Mortal Kombat, I’ll be more than happy to assist! Connect with me by email markjudge (@) loadthegame.com only
@@MarkJudgeLTG
Previous Destiny public beta to open in July
Next Valve pulls Earth: Year 2066 from Steam