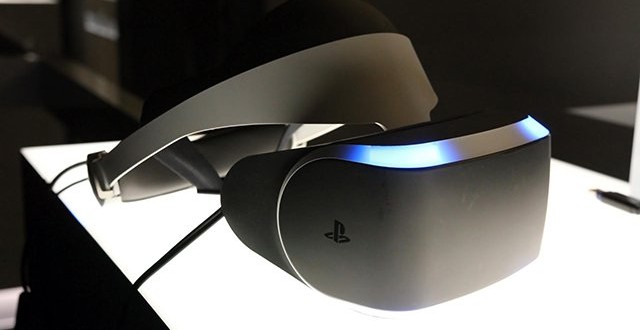 Sony finally revealed that Project Morpheus is the reason behind the always-on light bar on the PS4’s DualShock 4 controller. Senior Designer Jed Ashforth told TechRadar that Sony’s team built the gamepad with VR support from the start, but had to keep quiet about it until the unveiling of Project Morpheus.

Ashforth states that “The tracking light… it was our department that said we need that on, it was for tracking for VR.” He also says the team was concerned at one point that users were starting to get annoyed because they couldn’t turn off the light and didn’t why. “And when all these things were coming out six months ago and everyone was going ‘it’s reflecting in my TV,’ we were going ‘oh no’ because we couldn’t tell anyone what it was for.”

Project Morpheus is a virtual reality headset similar in functionality to the Oculus Rift. The device is being developed to work in conjunction with the PS4 and was revealed back in March at GDC 2014, with a release date scheduled for 2015. Not much else is known about Project Morpheus for the moment, but recent leaks suggest that we might find out some details at E3 2014.

Not long ago, DualShockers received some interesting information regarding Sony’s E3 plans from an unmentioned source. The company will announce its first title for Project Morpheus at this year’s expo if the rumors are true. The leaked info claims that the upcoming game will be developed by Media Molecule, creators of LittleBigPlanet. Furthermore, it also mentions “Entwined”, which is one of the two names that were recently trademarked by Sony, the other name is “Kill Strain”.

We’re not sure how reliable this information is, given the fact that its source remains a mystery. Take this rumor with a grain of salt until Sony Entertainment makes an official announcement regarding Project Morpheus and its first game. We’ll let you know as soon as we learn something else, until then stay tuned for more updates and news.

I’m Load The Game’s co-founder and community manager, and whenever I’m not answering questions on social media platforms, I spend my time digging up the latest news and rumors and writing them up. That’s not to say I’m all work and no fun, not at all. If my spare time allows it, I like to engage in some good old fashioned online carnage. If it’s an MMO with swords and lots of PvP, I’m most likely in it. Oh, and if you’re looking to pick a fight in Tekken or Mortal Kombat, I’ll be more than happy to assist! Connect with me by email markjudge (@) loadthegame.com only
@@MarkJudgeLTG
Previous Don’t Starve Together multiplayer announced by Kley
Next Half-Life 2 is coming to the Android-based Nvidia Shield console