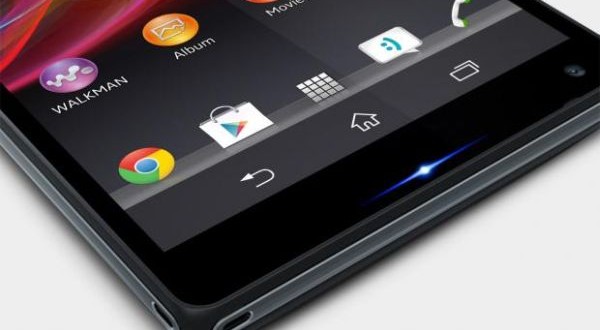 Xperia A2 to be the mini version of Sony Xperia Z2

Sony has been creating affordable yet very competitive devices over the past few years. Smartphones like the Xperia E1 and the Xperia T2 delighted many Sony fans due to their affordability and high-end features. Now Sony is preparing to add a new member to the Xperia branch, dubbed Xperia A2, the smartphone is said to be the miniature version of the Xperia Z2.

The naming conventions seem to have changed, as Sony launched the Z1, then the Z1 Compact and the Z2, so instead of, perhaps, a “Z2 Mini”, we’ll have an “A2”, though the name is expected to change when the smartphone leaves its birth place.

Not much is known about the Xperia A2, but according to some leaks that surfaced on the internet lately, it has very similar features to the Xperia Z2, in terms of appearance. The device will come in many colors such as black, white, lavender or orange, as it appears in a leaked image. The A2 is clearly smaller than the Z2, probably, having a full HD 4.3” with 720p display. Regarding its hardware, rumors claim that the Xperia A2 will have a Qualcomm Snapdragon 800 or 801 processor, probably 2GB of RAM and 16GB of internal storage.

Unfortunately, it’s speculated that the device will not feature support for 4K video recordings, and it might lack some camera capabilities, compared to other smartphones. If this sounds disappointing, there are still some good news left, a rumor says that the Xperia A2 will be an Android-based smartphone.

If some of the rumors are true, the Xperia A2 will be a worthy competitor to the other mini smartphones launched by Samsung, LG or HTC. These companies have managed to keep the prices low, unfortunately by reducing the hardware capacities of their devices, so, if the rumors about the Xperia A2 turn out to be true, Sony’s mini smartphone will outshine some of its most fierce rivals.

In what concerns the price or the release date, Sony hasn’t revealed anything yet, but it’s speculated that it will launch the Xperia A2 in Japan and that the smartphone could appear on the NTT DOCOMO, a Japanese mobile carrier.

I’m Load The Game’s co-founder and community manager, and whenever I’m not answering questions on social media platforms, I spend my time digging up the latest news and rumors and writing them up. That’s not to say I’m all work and no fun, not at all. If my spare time allows it, I like to engage in some good old fashioned online carnage. If it’s an MMO with swords and lots of PvP, I’m most likely in it. Oh, and if you’re looking to pick a fight in Tekken or Mortal Kombat, I’ll be more than happy to assist! Connect with me by email markjudge (@) loadthegame.com only
@@MarkJudgeLTG
Previous Five 2014 games that may underwhelm
Next Samsung Galaxy S5 Prime: Is a premium version really worth it?