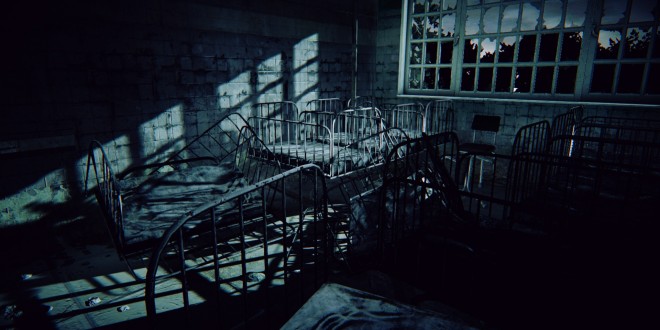 The rise of independent developers in the past few years brought with it a fresh new take on the survival horror genre. Titles like Amnesia and Outlast have recently taken the spotlight from big franchises like Silent Hill and Resident Evil, and now Zombie Studios shows us a slightly different take on the formula with Daylight.

The game is thin when it comes to introductions, throwing us right in the middle of it. You are Sarah, a girl that wakes up in an abandoned asylum only with only her smartphone on the floor, and a strange voice guiding and taunting her along the way. The phone becomes her most prized possession, because it lights her way through the intricate maze of corridors, and also maps her every move on the screen, serving as a mini-map. 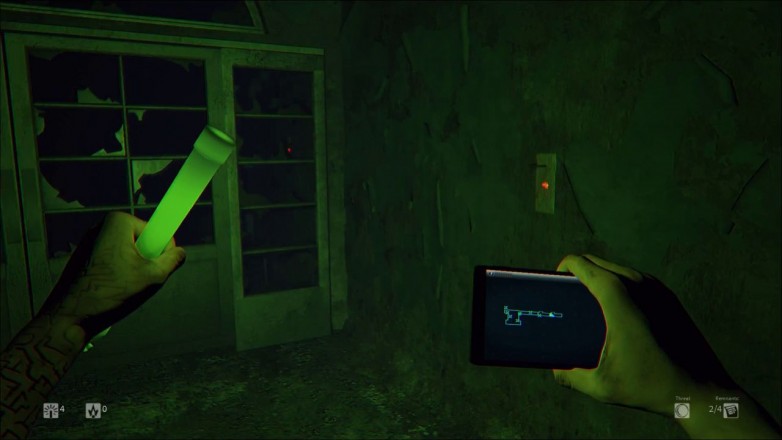 This is very important, because you can’t learn the layout of the asylum. Every time you start the game, the rooms shuffle around. Only a few important areas are the same on each playthrough, the rest being procedurally generated by Zombie Studios’ algorithm. It’s an interesting take on the horror genre, that draws inspiration from other types of games, such as rogue-like games and action RPGs (Diablo, anyone?).

It also adds to the tension and gives the player a constant feeling of disorientation. You constantly roam the corridors in search of “remnants”, scattered messages and files that give you some insight into the asylum’s history. This is also the only way you will find out the story of the game, with reports from the staff about the patients, personal diaries and other notes that build up to a somewhat predictable reveal at the end. The game is dark and constant noises fill the halls at every turn. On your first playthrough you will try and take everything slow, searching for the remnants while looking for a way out, but the atmosphere dries up quickly after you figure out that the game is not that hard or scary. There is no real threat in Daylight, there are enemies that can kill you, but they are not that dangerous. Yes, from time to time ghosts will appear, but a thorough player will find enough light sources to keep them at bay. 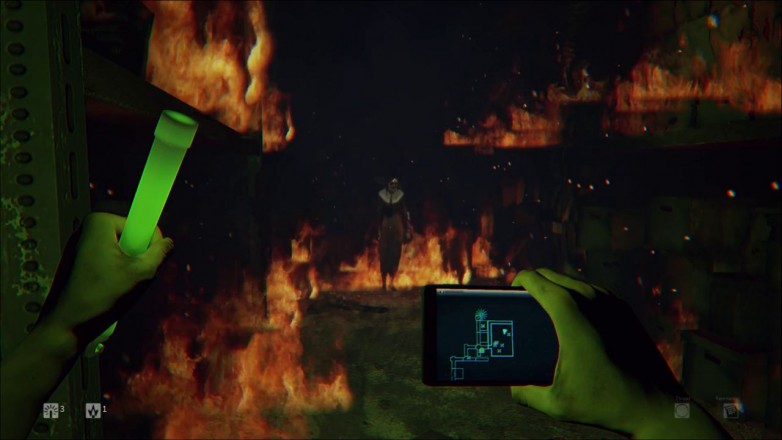 The phone’s LED flashlight won’t scare the ghosts away, nor will the green light sticks. Your only real weapons are the red flares, which will burn any ghost that dares to get even remotely close to Sarah. The thing is that you always find flares and glow sticks hidden inside drawers or at emergency boxes, so there’s no real fear of the ghosts. On the higher difficulty levels they can kill you faster, but once you get the hang of the game, you can just breeze through it.

The true interesting thing Zombie Studios did is a consequence of the randomization aspect of the levels. In order to get to the next zone you must find four remnants. After the remnants are collected, a Sigil is spawned. The Sigil is the only key that unlocks the way to the next area, but once you pick it up, you are defenseless. Sarah can’t light up flares, and she must make a home run to the exit before she is killed by the ghosts. Those moments are by far the most intense in Daylight and for those brief sections alone you should buy the game if you’re into the horror genre.

The worst thing about the game is that it’s quite a short experience. On my first playthrough (to be fair, it was on easy), it took me an hour and five minutes to get to the end. This was a no-death playthrough, so, you might want to crank up the difficulty if you want a real challenge. The early levels are a breeze, even on higher settings, but the later levels, especially the forest, will really test your limits. 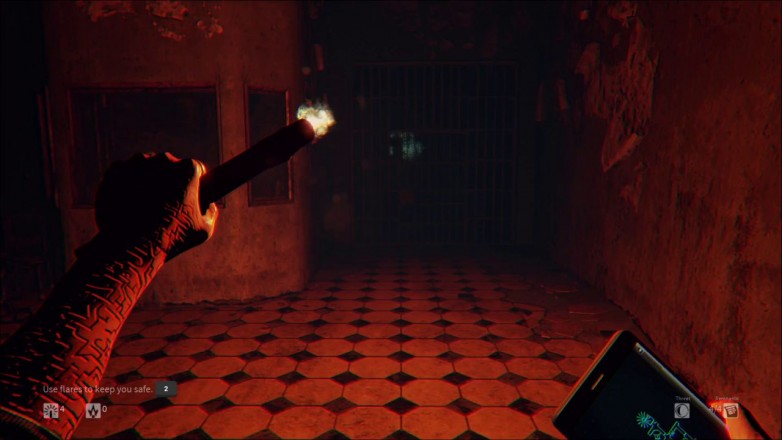 This is the first Unreal Engine 4 game on the market, and I was expecting to see a big bump in graphics fidelity over past horror games, but it’s not the case. The fact that it’s a very dark game doesn’t help, but you can clearly see that this was a game created on a low budget. There are no setpieces, the fire can look rather bland, the ghosts are generic for this kind of experience, and they all kinda look the same (at least that’s the impression I got). Gamers who prefer the PC version will get some extra effects like volumetric smoke, HBAO+ and cloth physics, but only on Nvidia cards.

The sound is probably the best part of Daylight. There are strange noises coming from every corner of the asylum, and they are expertly 3D positioned so you know every time where the danger is coming from. Put on your headphones, dim the lights and you’ll have a heart pumping experience. What turned me off from time to time was Sarah’s voice. She constantly asks “who’s there?” and “what was that?”, repetitive lines that get boring fast. They do scare you a little, making you wonder “is something really there?”, but once you get used to them, you will ignore them.

I also want to highlight a feature that starts getting more and more support lately. Daylight offers Twitch integration. While playing the game and streaming it online, the people who are watching can trigger different sound effects within the game. It’s a nice feature, but constant spamming of the sounds could over staturate the sound department, so Zombie made it so that sounds cand only be triggered once in a while. It’s nothing revolutionary, but you can get a few scares out of that. 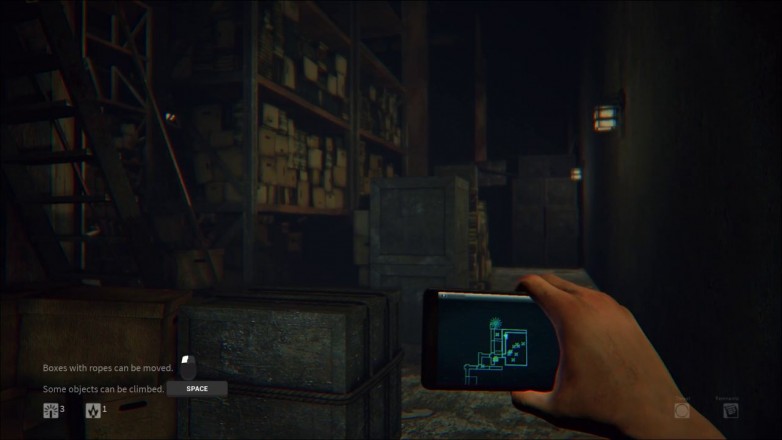 Overall, I found Daylight to be a nice experience, but a little too short. Even though it’s most touted feature is the procedural generation of the levels, I still found the game to be rather repetitive. I don’t think there is enough here to keep you playing for a third or fourth time. I stopped playing it after my second playthrough, but your milage may vary. Luckily the game is available for a discounted price of 9,99 $ on Steam and PSN for the first two weeks. The price will rise to 14,99 $ after that, so if you want to experience the game cheap, now’s the time to act.

The rise of independent developers in the past few years brought with it a fresh new take on the survival horror genre. Titles like Amnesia and Outlast have recently taken the spotlight from big franchises like Silent Hill and Resident Evil, and now Zombie Studios shows us a slightly different&hellip;
Daylight – Review
Daylight – Review
Jacob Chambers

By no means a masterpiece, Daylight is rather affordable entertainment that does offer some nice moments. Its flaws prevent it from being great though!

Old-school gamer with a cheeky tongue that gets me in trouble. When I'm not playing games, I'm writing about them, preferably in the vicinity of a fridge! Oh, and if you're a Justin Bieber fan, I'm afraid we can't be friends!
Previous League of Legends patch 4.7 brings competitive play changes
Next The Elder Scrolls Online delay confirmed