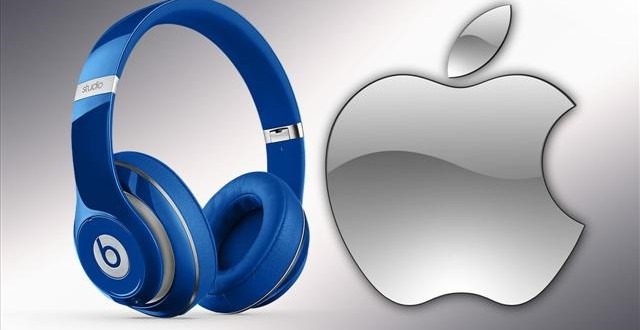 Apple is close to obtaining Beats Electronics and save HTC from financial collapse. It seems like HTC had a controlling position in Beats Electronics but decided to sell its stake after watching its market share and prices fall. If HTC is actually in desperate need for the $3.2 billion Apple is willing to give, this transaction would be a breath of fresh air. In 2011, when HTC bought 50.1% of Beats, the company was one of the first smartphone makers, and as time passed, Beats headphones started to replace Apple’s earbuds.

Lately, HTC’s stock price almost reached the bottom, now being 80% less, compared to its levels in 2011, its share of the market has almost vanished due to its rivals (Samsung and Apple). Even if HTC owned 50.1% of Beats Electronics, the rest of it was considered a separate company, mostly after their deal with Monster Cable ended and Beats could make their own hardware from that point on.

Then, HTC divided the 49.9% of Beats Electronics, selling the first stake the company suffered a great loss, $4.8 million to be exact, but gained a profit of $85 million from selling the second stake. From the remaining 50.1%, HTC might gain the incredible profit of $1.29 billion, of course, if Apple will eventually buy Beats Electronics.

The reason Apple so interested in purchasing Dr. Dre’s and Jimmy Iovine’s company is still obscure. It’s said Apple will acquire Beats’ streaming music system and its audio equipment business (the brand of headphones and audio equipment). It’s well known Jobs revolutionized the music industry with the iPod and the iTunes store, so perhaps Apple is planning to extend on other markets with some new “i” devices.

As Beats Electronics already has some experience in what concerns the popular “wearable technology” market, we can say this new partnership will be a worthy competitor to companies such as Samsung. So the fact that Apple might save HTC from its financial collapse is simply a coincidence. Apple has always made purchases to help itself and its business, not to rescue some rival company out of the kindness of its heart, even if in this case it’s a win-win trade.

I’m Load The Game’s co-founder and community manager, and whenever I’m not answering questions on social media platforms, I spend my time digging up the latest news and rumors and writing them up. That’s not to say I’m all work and no fun, not at all. If my spare time allows it, I like to engage in some good old fashioned online carnage. If it’s an MMO with swords and lots of PvP, I’m most likely in it. Oh, and if you’re looking to pick a fight in Tekken or Mortal Kombat, I’ll be more than happy to assist! Connect with me by email markjudge (@) loadthegame.com only
@@MarkJudgeLTG
Previous Samsung Galaxy K Zoom Revealed
Next Lix Pen. A professional yet still fun 3D device