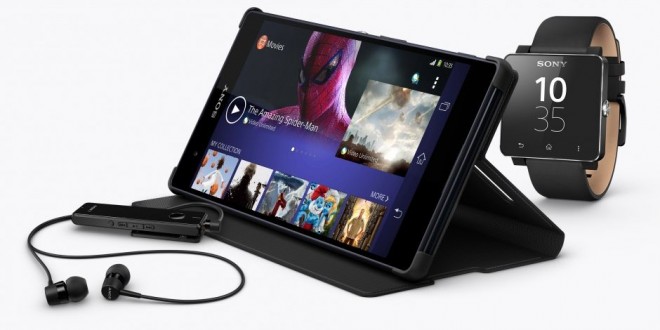 It’s well known Sony managed to make very good smartphones at reasonable prices for quite some time, so the Xperia T2 Ultra couldn’t be less than that. The T2 is the second phablet of the Ultra bunch, a device that promises to deliver the same Ultra experience as the Z Ultra for less money.

Being a phablet, the T2 Ultra features a big 6” IPS display with a 720p resolution. The device is powered by the usual Snapdragon 400 chipset with four Cortex-A7 cores and comes with the same 3,000 mAh battery as the Xperia Z Ultra, but the T2 will have a better battery life considering it has a smaller screen with lower resolution than the Z Ultra. Regarding the camera, T2 Ultra comes with a pleasant surprise, namely, it offers a better camera than the Z Ultra. A 13 MP Exmor RS sensor camera and a LED flash to complete it, considering the Z Ultra wasn’t exactly a photographer’s dream come true, Sony might have hit the jackpot with the upgrades on the T2.

As perfection is not as easily reached as we’d hope, the Xperia T2 has some flaws. Regarding its appearance, T2’s main disadvantage is its size. Measuring 165.2 x 83.8 x 7.7 mm, it’s not as slim as the Xperia Z Ultra, BUT, it’s a little easier to handle, so it’s entirely up to you if such “disadvantage” matters or not. Another flaw, very disputed we might add, is the non-replaceable battery. Even if the T2 Ultra promises a better battery life, a user shouldn’t be stuck with a dead battery (as it might happen sometimes), so that’s unacceptable. Also, the fact that it’s not water or dust proof, as many new smartphones are, doesn’t help much its popularity.

But considering the T2 Ultra is the cheaper version of the Xperia Z Ultra, it’s only natural the device to have less features, but you can be sure you’ll get the best quality available for, more or less than, $380. The T2 hasn’t lost the premium appearance due to the extra millimeters added on the sizes, it’s actually easier to handle than the Z Ultra, and it’s also lighter, weighing only 171.7g. Many would complain about its non-resistance to water and dust, but let’s just say this is another reason to be extra cautious around swimming pools. All in all, the Xperia T2 Ultra is a great smartphone that gives you a real Ultra experience at a reasonable price anyone could afford, keeping the premium feel Z Ultra has while being available for every pocket.

I’m Load The Game’s co-founder and community manager, and whenever I’m not answering questions on social media platforms, I spend my time digging up the latest news and rumors and writing them up. That’s not to say I’m all work and no fun, not at all. If my spare time allows it, I like to engage in some good old fashioned online carnage. If it’s an MMO with swords and lots of PvP, I’m most likely in it. Oh, and if you’re looking to pick a fight in Tekken or Mortal Kombat, I’ll be more than happy to assist! Connect with me by email markjudge (@) loadthegame.com only
@@MarkJudgeLTG
Previous iPhone 6 release date rumored for August
Next Dota 2: TI4 prize pool already over $3 million thanks to Compendium

Taking risks and living with the consequences. That’s what the Banner Saga feels like, most ...