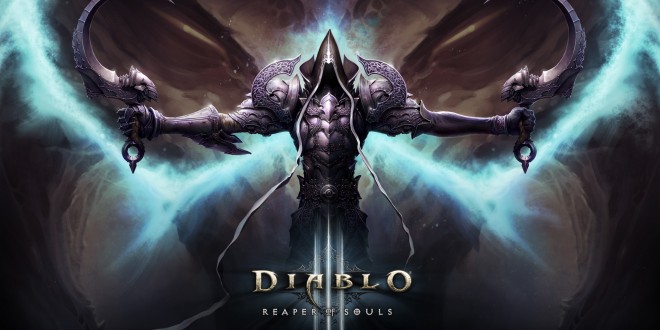 Diablo III: Reaper of Souls coming to consoles in August

The expansion to Diablo III, Reaper of Souls, has finally received a release date. Blizzard announced that the game will come to consoles old and new on the 19th of August. Yes. That’s right. The game will not only release for PlayStation 4 and Xbox One, as was initially announced, but will run on older hardware like PlayStation 3 and Xbox 360. This comes as no surprise, because Diablo III ran on those consoles just fine. In a lot of ways, that version was far superior to the original PC version launched in 2012, so the extra content could not have made the game run worse.

Diablo III: Reaper of Souls Ultimate Evil Edition, as it is officially called, will offer gamers who played the original Diablo III on consoles the possibility to transfer their characters to the new version. This seems to mean that Reaper of Souls will also be launched as a standalone title for PS3 and 360, which looks like a cash grab, if you ask me. The good news is that gamers who played the game on PlayStation 3 and have since upgraded to a PlayStation 4, will be able to use their old saves and continue the game on the next generation hardware. The same rule applies to Xbox consoles as well.

Mike Morhaime, CEO and co-founder of Blizzard Entertainment had this to say about the Ultimate Evil Edition of the game: “The Ultimate Evil Edition brings Reaper of Souls to console gamers for the first time, and wraps all of the content, features, and updates we’ve released for Diablo III into one epic package. Whether you’re a veteran of the crusade against the forces of evil on PC or are just stepping foot into Sanctuary for the first time, there’s never been a better time to experience Diablo III from the comfort of your couch.”

The inclusion of all the features and all the updates from the PC version is nice and all, but what about gamers who already bought the game on PS3 and 360 last year? It is not clear if the last-gen version of the game will be cheaper, but knowing how Activision loves to suck as much money as possible out of gamers’ wallets, it is doubtful.

To entice players to buy the console version on day one, all the copies will include a special item, Infernal Pauldrons, which will grant more health, life regeneration and cooldown reductions to characters that wear it.

Old-school gamer with a cheeky tongue that gets me in trouble. When I'm not playing games, I'm writing about them, preferably in the vicinity of a fridge! Oh, and if you're a Justin Bieber fan, I'm afraid we can't be friends!
Previous Half-Life 2 and Portal out now for Nvidia Shield
Next Halo’s multiplayer on PC will live on