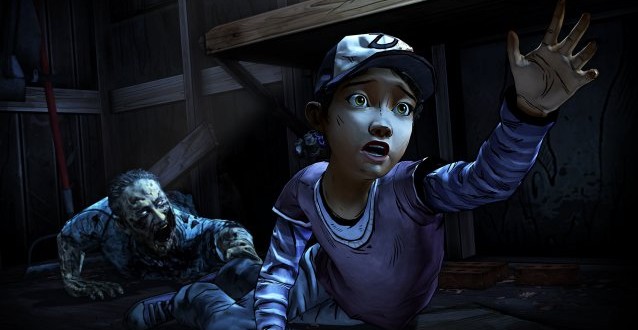 The Walking Dead’s next episode gets a trailer [SPOILERS!]

If you’re dying to see what the next episode of Telltale’s The Walking Dead episode holds for Clementine, just click play on the trailer below. Just watch out for the spoilers! Telltale has bothered to insert a spoiler alert at the beginning of the video, so consider yourselves warned.

The mid-season episode seems to go to even darker places, as Clementine and her new found comrades hit rock bottom. It all plays out on the choices of past episodes, and the first season, so events in the trailer may or may not happen as portrayed here for every player. Some of these characters might already be dead in your playthrough, or some of them have never showed up, especially the case for players who chose to buy the 400 Days DLC for the original game.

The Walking Dead Season 2 has had a strong debut and a good follow-up for now, and it seems to build on the strengths of the first season, while mixing things up by changing the focus on Clementine. It’s a new take on the post-apocalyptic zombie outbreak, by putting you in the shoes of a child struggling to survive. It may not have the same shock factor the original had, so I’m not expecting the second season to win any Game of the Year awards, like its predecessor, but I wouldn’t be surprised if it was nominated for countless awards for the story.

The Walking Dead is not the only project Telltale is working on, but it is definitely the most successful of the bunch. The studio worked in the past on games based on other famous movie licenses like Back to the Future and Jurassic Park, and on games that brought back on old school adventure names like Sam & Max and Monkey Island. Most recently, Telltale has also released another game series based on the Fables comic books called The Wolf Among Us, and has announced two new episodic series: Tales from the Borderlands and Game of Thrones.

Old-school gamer with a cheeky tongue that gets me in trouble. When I'm not playing games, I'm writing about them, preferably in the vicinity of a fridge! Oh, and if you're a Justin Bieber fan, I'm afraid we can't be friends!
Previous Wolfenstein: The New Order has a branching storyline
Next Titanfall DLC on Xbox 360 launches in June