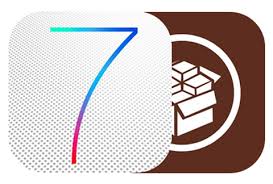 Apple, by comparison to Samsung and Microsoft, has been late for some important updates in order to satisfy daily consumers. One of them is the split screen multitasking, which has been present in Samsung tablets and Microsoft Surface. But good news are expected this year and Apple has decided to be up to date and innovative.  Once iOS 8 will be in on the market, though, Apple will be glad to announce split-screen multitasking software for its devices. Many consumers got tired of waiting and started enjoying the “OS Experience” tweak from Cydia after jail breaking their iPads. Using this software, two apps could be run at the same time, on the same screen.  This time, the feature will be genuine, will allow users to drag and drop images, video and text from one app to the other, but the biggest surprise of all will be the fact that apps will be able to interact with each other.

iOS 8 will be packing many improvements and the lack of split-screen  multitasking was quite annoying. More than that, the tweak that users were excited about before this feature was announced, can make a device unstable and most of the times, it loses the warranty.

For those not familiar with iOS 8 improvements, the new operating system will bring a Healthbook app, iOS 7 design, new TextEdit and Preview documents viewer apps, Siri improvements, Shazam, , iTunes Radio, Maps App improvements and various mobile payments methods through Touch ID and others.  It will be compatible with the iWatch and it will be focused on health.

More information about the new operating system will be revealed on the 2nd of June, at the Worldwide Developers Conference 2014.  Speculations have been heard about the unveiling of the iPhone 6, too, at that date.

I’m Load The Game’s co-founder and community manager, and whenever I’m not answering questions on social media platforms, I spend my time digging up the latest news and rumors and writing them up. That’s not to say I’m all work and no fun, not at all. If my spare time allows it, I like to engage in some good old fashioned online carnage. If it’s an MMO with swords and lots of PvP, I’m most likely in it. Oh, and if you’re looking to pick a fight in Tekken or Mortal Kombat, I’ll be more than happy to assist! Connect with me by email markjudge (@) loadthegame.com only
@@MarkJudgeLTG
Previous Microsoft announces Games with Gold for Xbox One
Next Lenovo Thinkpad 8 VS Apple iPad Mini Retina