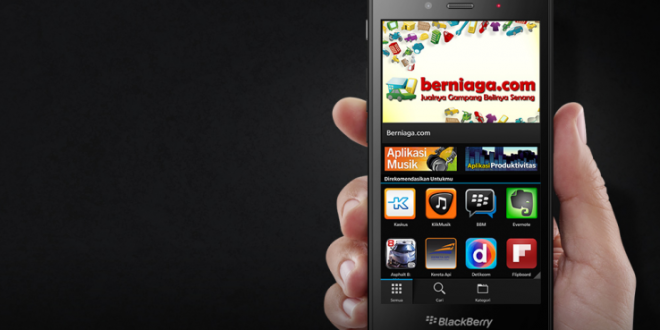 BlackBerry unveils the Z3, is woking on a new QWERTY device

Although they’ve not been in the news as of late, BlackBerry have not given up on their mobile business. The company just revealed the BlackBerry Z3 “Zakarta Edition”, a new touchscreen only device aimed specifically to the Indonesian market. The Z3 will be available exclusively in Indonesia at launch, and will become available worldwide at a later date.

What’s curious about the Z3 is the fact that this is not a 100% BlackBerry phone, as was the case with previous devices. The Z3 was developed with the help of one of  China’s biggest electronics manufacturers: Foxconn. The new terminal is a mid-range phone, targeted at buyers who want a fully featured phone at a price that’s not too steep. The official price of BlackBerry Z3 is equivalent to $200, so it goes against cheap Android phones. The fact that Indonesia is the first market that the “Jakarta Edition” launches in comes as no surprise, as the country was one of the most important markets on the planet for BlackBerry devices. Now, the Canadian company tries to strike back at iOS and Android and wants to recapture it’s old “stronghold”.

Even though the Z3 will only be named “Jakarta” in Indonesia, the tech specs will be the same worldwide, when the device will launch in other markets. The phone features a 5 inch touchscreen with a resolution of 540×960, it runs on BlackBerry OS 10.2.1, it is powered by a 1.2 GHz dual-core processor, and features 1.5 GB of RAM. The 5MP camera on the back won’t amaze anyone, but will shoot 1080p video, and the 1.1 MP front camera will do just fine for video calls. All of this hardware is powered by a non-removable 2.500 mAh battery.

The phone launches today, and BlackBerry is counting on it to be a real success. All that being said, the company isn’t all-in on the Z3. The new BlackBerry 10.3 SDK has revealed that they are working on a QWERTY device as well, which sports a killer screen with 1440×1440 resolution and 453 DPI. There are no other details about the new “classic” BlackBerry device, but we will find out all about it sooner rather than later, now that developers are starting to build software for it.

Only time will tell if the market still wants QWERTY phones and BlackBerry services.

Old-school gamer with a cheeky tongue that gets me in trouble. When I'm not playing games, I'm writing about them, preferably in the vicinity of a fridge! Oh, and if you're a Justin Bieber fan, I'm afraid we can't be friends!
Previous Samsung Galaxy Note 4 will launch together with Google Glass competitor
Next Xiaomi announced Mi Pad, the first Tegra K1 tablet

Remember those rumors back in January about Samsung buying BlackBerry? Well, those were quickly debunked by ...