Breaking News
Home » Tech » Android 4.4.3 KitKat might be arriving next week for Nexus 5 and Nexus 7 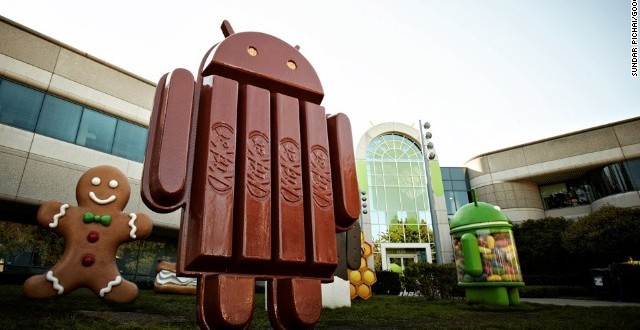 Android 4.4.3 KitKat might be arriving next week for Nexus 5 and Nexus 7

The long awaited Android 4.4.3 KitKat update is still nowhere to be seen, but word on the street is that it might start rolling out in a few days. If rumors are correct, the update will first land for Google’s Nexus 5, Nexus 7, Nexus 4 and Nexus 10. An earlier leak suggested that Android 4.4.3 KitKat will also arrive for HTC One M8 and HTC One M7 sometime this month, although we don’t have a specific date.

The update is expected to fix many of the problems that users have been complaining about ever since Android 4.4.2 KitKat was released back in November. 4.4.3 is said to come with fixes for more than three dozen bugs that are currently plaguing Android users. Some of the issues that the new update will address include unstable data connections, random reboots, missed calls LED problem, VPN fixes, and much more.

According to Android Geeks, 4.4.3 KitKat will start rolling out Friday, May 23 for Google Nexus 4, Nexus 5, Nexus 7, and Nexus 10. The website also says that Google Play Edition devices are expected to receive the update soon after it kicks in on the Nexus series. Keep in mind that even if the source is correct, all of this is still subject to change based on internal testing. Even if Google is indeed planning to release Android 4.4.3 KitKat on the 23rd, it doesn’t necessarily mean that they will be able to. In any case, take this rumor with a grain of salt until an official announcement is made by the internet giant.

Android KitKat 4.4.3 is rumored to also come for a few of Samsung’s devices running 4.2.2, including Galaxy S5, Galaxy S4, Galaxy S3, Galaxy Note 3, and Galaxy Note 2 among others. The Korean company is said to skip Android 4.4.2 KitKat entirely for these device and update directly to the latest 4.4.3 version. As we’ve mentioned HTC One M8 and HTC One M7 will also receive the new Android version, as well as a few devices from other companies. These include Motorola’s Moto G and Moto E, the LG G Pad 8.3 and the Sony Xperia Z Ultra.

Android 4.4.3 KitKat rumors have been flying around for quite a while now, but this is the first time we’ve heard a specific date. Whether or not the update will start rolling on the 23rd is still uncertain. However, more rumors will likely start surfacing until then and we’ll be sure to share them all with you here. Stay tuned as we bring you more updates and news.

I’m Load The Game’s co-founder and community manager, and whenever I’m not answering questions on social media platforms, I spend my time digging up the latest news and rumors and writing them up. That’s not to say I’m all work and no fun, not at all. If my spare time allows it, I like to engage in some good old fashioned online carnage. If it’s an MMO with swords and lots of PvP, I’m most likely in it. Oh, and if you’re looking to pick a fight in Tekken or Mortal Kombat, I’ll be more than happy to assist! Connect with me by email markjudge (@) loadthegame.com only
@@MarkJudgeLTG
Previous Halo 5: Guardians officially announced
Next iPad Mini Retina vs. Xiaomi Mi Pad – Premium small tablets