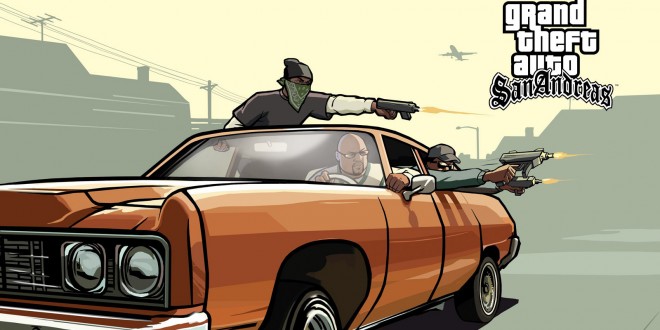 If you’ve got an Amazon Kindle Fire HD tablet or the new Fire TV micro-console, you can now get the three PS2-era Grand Theft Auto games on your device. Rockstar just launched Grand Theft Auto III, Vice City and San Andreas on the Amazon Store at $4.99 a piece. For $15 you can get tens of hours of fun, and there’s a hidden special offer that can get you all the games cheaper.

Although you can pay 4.99 for each game individually, the coins rewards system on the Amazon Store  will get you all those games for the price of one. Just buy GTA: San Andreas with real money, and you’ll get enough virtual currency to buy the other two. You’ll probably get the best gameplay experience on the Amazon Fire TV, because you can hook up a controller and play the games on the big screen, just like you would a few years back on the PlayStation 2, but owners of Amazon Fire HD tablets that can tolerate touch controls should not feel left out.

The three Grand Theft Auto games were previously released on iOS, Android and Windows Phone platforms, albeit at higher introductory prices. Considering the fact that the Android versions have been out for some time, it’s curious that it took so long to port them to Amazon’s OS, considering the fact that it’s basically a reskin of Android. It seems that these three games are still quite popular, with re-releases on mobile platforms and the PSN getting great reviews and selling quite well.

With the speed that technology is advancing, I’m wondering how long will it take for Rockstar to be able to port games like Grand Theft Auto IV or Red Dead Redmption on tablets and phones? Time will tell, but I’d suggest you don’t hold your breath for that to happen anytime soon.

Old-school gamer with a cheeky tongue that gets me in trouble. When I'm not playing games, I'm writing about them, preferably in the vicinity of a fridge! Oh, and if you're a Justin Bieber fan, I'm afraid we can't be friends!
Previous The Division slips into 2015
Next Halo 5: Guardians officially announced