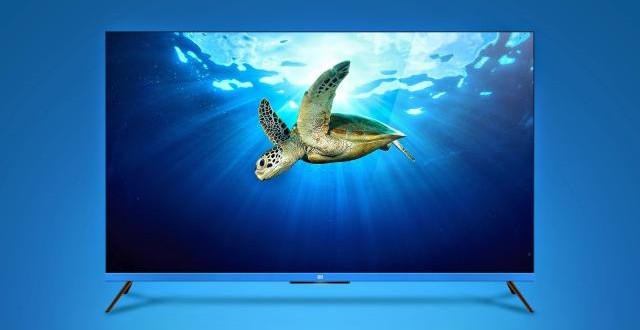 Xiaomi unveiled the Mi Pad yesterday during a media event that was held in Beijing, however that wasn’t the only announcement. The Chinese company also revealed that a new smart TV with 4k resolution is currently in the works.

The MI TV 2 will sport an LG 49-inch display and will run on Android, all for the cheap price of 640$. A look at its hardware reveals that the set will feature a 3D 4k resolution panel with 6.2 mm aluminum bezel. Under the hood we find a MediaTek MStar 6A918 quad-core processor running at 1.45 GHz, 2GB of RAM and a Mali-450 MP4 GPU. MI TV 2 also comes with 8GB internal memory and a microSD card slot that allows for up to 64GB additional storage.

Among the addition features that come with the set, we find a Bluetooth LE remote that can be located by taping the bottom of the TV, should you happen to misplace it. On the other hand, you can also install the remote app on your smartphone in order to use the feature. Additionally, the app also comes with gesture and voice control functionality.

MI TV 2 is only 15.5 mm thick and weighs quite a bit less that its predecessor, the MI TV. This was achieved by removing the speakers and adding an external audio bar and a Bluetooth subwoofer with an 8-inch driver. The audio kit can be used in conjunction with your mobile devices via Bluetooth.

Xiaomi will make the MI TV 2 available for purchase starting on May 27 for the price of CN¥3,999 (about $640). Unfortunately, this only applies to China and no one knows if the set will also be available for other regions any time soon. There’s a chance that the company’s other product, the Mi Pad might make it outside China, but for now we only know that a beta test program is scheduled to begin in early June.

I’m Load The Game’s co-founder and community manager, and whenever I’m not answering questions on social media platforms, I spend my time digging up the latest news and rumors and writing them up. That’s not to say I’m all work and no fun, not at all. If my spare time allows it, I like to engage in some good old fashioned online carnage. If it’s an MMO with swords and lots of PvP, I’m most likely in it. Oh, and if you’re looking to pick a fight in Tekken or Mortal Kombat, I’ll be more than happy to assist! Connect with me by email markjudge (@) loadthegame.com only
@@MarkJudgeLTG
Previous iPad Mini Retina vs. Xiaomi Mi Pad – Premium small tablets
Next Killzone Intercept DLC arrives in June and adds 4 player co-op