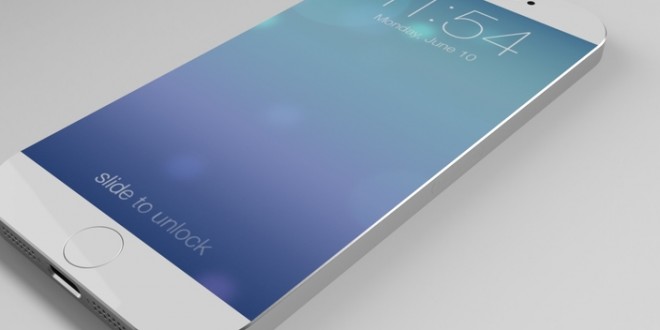 iPhone 6 – The story so far

iPhone 6 rumors and concepts have been flying around the internet for the past few months as everybody is eager to see what Apple plans for its future flagship. As its release date is getting closer, we get more and more information about the design and specs of the iPhone 6. From what we could gather so far from alleged leaked images, concepts and rumors we know that the iPhone 6 will be bigger than the iPhone 5, will sport a larger screen and it might have different button placements as well.

One very interesting concept showed the iPhone 6 with a curved display, which might be a bit farfetched but hopefully we will see a curved design from Apple in the future. From leaked schematics used for designing case covers, mockups have been made to show how the iPhone 6 might look like. These crude 3D models might differ in looks of what the actual device will look like but it gives us a general idea of what to expect.

The latest rumors suggest that the new iPhone 6 will have a thinner design, between 6-7mm, curved sides (similar to the iPod design) and new buttons. It might also be available in 4.7 and 5.5-inch display variants at 1704 x 960px resolution. Apple will take this approach; the 5.5-inch model is expected to cost around $100 more. Considering how all Apple devices come with a hefty price tag, the iPhone 6 is expected to cost around $650-$800 carrier free. Spec wise the iPhone 6 will ship with an A8 processor and 1GB of RAM. The iPhone 6 might adopt an 8MP camera with improved OIS (optical image stabilization) and not upgrade to a 16MP what many anticipated. The TouchID feature is expected to appear on the latest iPhone as well.

From what we could gather from all the gossip about its release date, a September launch is the most likely but some suggest we might get our hands on the new iPhone 6 as soon as August. We can only wait for more clues to appear.

Tech enthusiast and RPG gamer, I've been surrounded by technology and PC hardware my entire life. I'm fascinated by anything mobile, and when I'm not tinkering with some newly released gadget, I love to immerse myself in the epic tales of Role Playing Games.
Previous 10 Best iPad, iPhone, iOS Games – Take your pick
Next Android Silver to replace Nexus