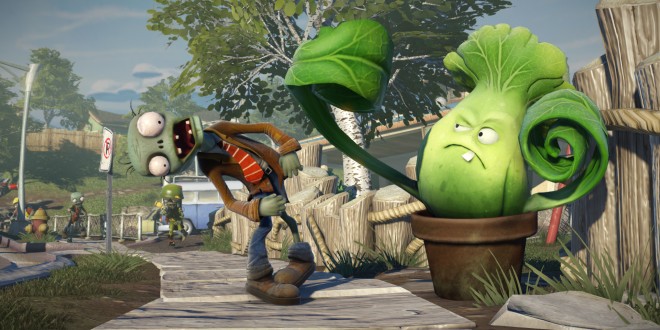 If you are a fan of Zombie movies or TV series like The Walking Dead, you probably enjoy spending your time blasting hordes of the undead back to their grave on your favorite android device. Fortunately you’ll have plenty of games to choose from nowadays as the market is filled with games featuring our favorite brain eaters. We gathered 5 of the best here for your consideration. We made this list with compatibility in mind. Not all of us have the latest and greatest gadgets at our disposal to run all the high-end games so we included games that don’t necessarily need the latest tech and will probably work on older android devices.

Samurai vs. Zombies Defense 2 is simplistic 2D combat game. You will have to defend your position from hordes of invading zombies by slashing at them with your sword or killing them with special abilities. The game starts off easy enough only to get complex and hard very fast. You will be able to unlock abilities, build up your character and unlock new playable characters as you progress further in the game. Samurai vs. Zombies 2 also features online multiplayer game mode, where you will battle other players for various artifacts. It’s definitely a fun zombie game to pick up and it will run on older android devices as well.

Dead effect is a futuristic first-person shooter suitable for higher-end devices. The graphics of the game are impressive, considering it’s an android game. Dead Effect plays out is space on a stranded spaceship, the ESS Meridian loaded with zombies after an experiment gone wrong. The game features 12 missions in single-player story mode but also comes with biohazard and survival mode to challenge your zombie killing skills. The controls can be customized from the main menu, allowing you to choose the best way to control your character. Dead Effect comes with a classic space horror story that’s worthy for your attention.

Zombie HQ is a mission based strategy game with modest graphics allowing it to be played on most android devices. You will prepare your missions from your HQ where you will manage your squad and upgrade your weapons. If you welcome the challenge, you can complete bonus missions; these offer high rewords but can prove very hard to complete. You will have a wide array of weapons at your disposal for some brutal zombie killing. In-app purchases will pop up now and then and your game sessions will be limited by your limited power.

Another game with superior graphics, that will require a mid-range/high-end device to run lag free. Dead Trigger 2 is a single-player shooter game powered by the Unity engine. The controls of the game are easy to get used to and aiming works well. You will be able to buy, craft and upgrade new weapons in your hideout via your survivor team. If you don’t want to spend any money on the game, upgrade times will prove quite long (like 12 hours long). Of course this is expected form a free-to-pay game nowadays unfortunately. Our advice is to play it until it offers great zombie killing action and quit when it becomes a boring grind.

Plants vs. Zombies is a fun tower defense like android game with great humor that brings some strategy into gardening. As you unlock new plants with new abilities strategy will become increasingly necessary in order to defeat the increasing waves of zombies. Plants vs. Zombies 2 adds new environments and new silly looking characters to the series providing great fun for all the ages. You can pick up this android game even is you’re not a fan of the Zombie craze.

Tech enthusiast and RPG gamer, I've been surrounded by technology and PC hardware my entire life. I'm fascinated by anything mobile, and when I'm not tinkering with some newly released gadget, I love to immerse myself in the epic tales of Role Playing Games.
Previous New Middle-earth: Shadow of Mordor trailer reveals exclusives
Next Twitter might be looking to buy SoundCloud