Breaking News
Home » Tech » Samsung says fingerprint scanner is not enough, so iris detection is next! 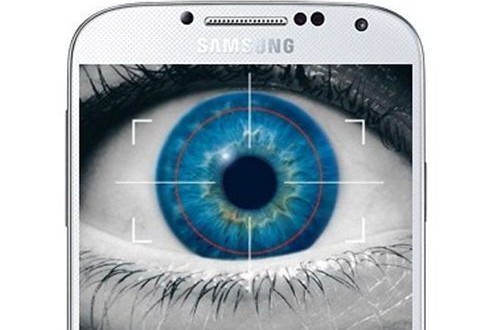 Samsung says fingerprint scanner is not enough, so iris detection is next!

Samsung, the Korean company will not stop until sci-fi scenarios will become reality. Looks like its full attention is focused now on biometric sensors and it plans to introduce them soon enough to the market, once the new smartphones will be released. After incorporating fingerprint scanning into the Galaxy S5, Samsung aims even higher and why not, at your eyes. Of course, who knows if it will truly work? After all, users have been complaining on a lot about errors in regards to the smart features involving eye movement until now. The fact is that Samsung is working on an iris detection technology that seeks to strengthen security on the new smartphones and tablets. Iris detections relies on the unique patterns in the human eye to distinguish each user, giving the fact that each iris is different from the others.

Samsung Senior Vice-President Rhee In-Jong confirmed the rumor and ensured that the company will be looking into developing strong eye detections tech.  Since the Department of Defense of the US considered Samsung Knox to be secure enough, why not give it a try with this one, too? Research is still being done, but the final purpose is definitely to ensure data security and to give users the opportunity to protect their information from foreign eyes.

This tech will be available for high-end devices first, as expected. After having this feature released, we should expect to see even higher aims from Apple, HTC or Sony, the greatest competitors of the Korean company that seems to be one step ahead lately. It is still unknown which functions will be included exactly but it is expected that the consumers will be able to unlock their screens using the tech or paying online, similar to the Fingerprint scanner or Apple’s Touch ID.

I’m Load The Game’s co-founder and community manager, and whenever I’m not answering questions on social media platforms, I spend my time digging up the latest news and rumors and writing them up. That’s not to say I’m all work and no fun, not at all. If my spare time allows it, I like to engage in some good old fashioned online carnage. If it’s an MMO with swords and lots of PvP, I’m most likely in it. Oh, and if you’re looking to pick a fight in Tekken or Mortal Kombat, I’ll be more than happy to assist! Connect with me by email markjudge (@) loadthegame.com only
@@MarkJudgeLTG
Previous Sony Xperia Z2 Tablet vs iPad Air: power or innovation?
Next Surface Mini to be announced today in NY City!