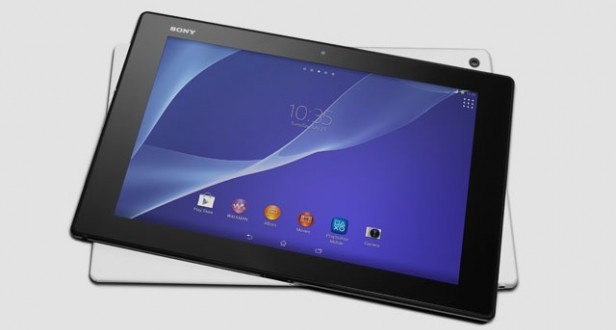 When it comes to tablets, most consumers expect to find higher performance in these devices than in smartphones. The web experience is the most important factor to consider when choosing a tablet. The best tab is required when businesses and personal experiences are based on social networking, fast data sharing and quality.

Sony’s Xperia Z2 has brought to the market a thinner and lighter tab and a better processor and RAM then Apple’s iPad Air. Also, Sony’s tab is waterproof and dust resistant and it has a better camera. On the other hand, iPad Air has a richer design, more built in storage, a 64-bit chip and a better display. So what should you choose?

Apple devices can seem unbeatable sometimes, but is that really so? Taking into consideration every consumer’s needs, Sony Xperia Z2 tablet for example, can turn out to be a better device. Let’s see! Even though Xperia Z2 Tablet has a 10.1 inch display, it is thinner and lighter (429 g/6.4 mm)than the iPad Air, with a 9.7 inch display (469 g/7.5 mm). Apple’s tablet has a resolution of 2048 by 1536 pixels (264 ppi, while Sony’s tablet only has a resolution of 1920 by 1200 pixels (224 ppi). Of course, you would say that this means a better clarity and image, but the reality is that the human eye cannot really see the difference in most of the videos and interfaces. Resolution is not everything that matters when it comes to tablets. In order to be satisfied with a device, performance is the most important factor to be taken in consideration.

Therefore, the iPad Air wears an exclusive A7 chip, 64 bit architecture, dual core at 1400 MHz, and Xperia Z2 has a quad core Qualcomm Snapdragon 801 processor running at 2,300 MHz. RAM memory also makes a difference in the Z2 which has 3GB of RAM compared to the poor RAM of the iPad Air of 1 GB. Everyone knows that RAM or Random Access Memory acts as a high speed middleman, providing enough data from the hard disk for the microprocessor to use at any time. It provides room for extra apps to run and it is very important because of the ability it give you to multitask efficiently.  So, in theory, the Xperia device should be excellent speaking of performance. Seemingly, the Sony tablet has an excellent performance in practice, too. Several tests have been taken and by comparison to the Apple tab, Xperia proves to be better at almost everything, except for the Javascript test.

The storage memory is another thing to be discussed. It might be tricky when we think of the storage memory because the Xperia Z2 tablet only comes with a memory up to 32 GB, while the iPad Air comes with up to 128 GB. But, Sony’s tab allows you to add up another 64 GB of storage through a Micro SD slot. So, unless you need to store an enormous amount of data, you will not actually need that much storage space.

Regarding the tablet’s camera, the Z2 has an 8.1 MP camera and a front camera of 2.2, while the iPad Air has a rear camera of 5 MP and a front one of 1.2 MP.  Both devices though, have the ability to capture 1080p HD videos.

Software is a sensitive point in every discussion. The amazing iOS 7 is run by the Apple devices, which finds itself in a continuous battle with Android. Xperia Z2 Tab runs Android 4.4 KitKat. As for the battery life, Sony proudly presents the Xperia Z2’s battery of 600 mAh that is supposed to last more than 50 days on standby. iPad Air has an 8820 mAh battery and it is supposed to last up to 10 hours while web browsing, listening to music or watching videos. Pretty amazing!

These being said, it is confirmed once more that Apple can be beaten in theory, but its tablet still remains the most loved and appreciated. Apple devices are upgrading all the time, which keeps consumers engaged, but we can always expect to see surprises from the competition, too.

I’m Load The Game’s co-founder and community manager, and whenever I’m not answering questions on social media platforms, I spend my time digging up the latest news and rumors and writing them up. That’s not to say I’m all work and no fun, not at all. If my spare time allows it, I like to engage in some good old fashioned online carnage. If it’s an MMO with swords and lots of PvP, I’m most likely in it. Oh, and if you’re looking to pick a fight in Tekken or Mortal Kombat, I’ll be more than happy to assist! Connect with me by email markjudge (@) loadthegame.com only
@@MarkJudgeLTG
Previous Twitter might be looking to buy SoundCloud
Next Samsung says fingerprint scanner is not enough, so iris detection is next!