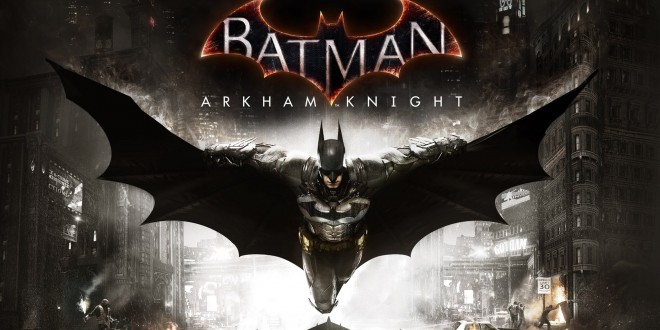 The moment we’ve been waiting for is here. We’ve seen all kind of still images from Batman: Arkham Knight in the last few months, but Warner Bros. finally decided to show us in-game moving footage. The end result does not disappoint, this being the result of three years of work at the Rocksteady studio.

We see some of the villains we’ll encounter in the game as Batman with the likes of Two Face and Edward Nigma making a return, but we can also see the new villain, created especially for this game: the titular Arkham Knight. He seems to be an “evil Batman”, with a similar armor and skills to match the Dark Knight. The Batmobile is the other cool thing about this trailer, because it is present in most shots.

We can see Batman jump in and out of the car at will, and it is said that the new game will feature combat combos which will include the Batmobile as well. It’s incredible that all we see here is 100% in-game footage from what seems to be the PS4 build, considering that the trailer is featured on PlayStation’s YouTube channel. The graphical quality is miles ahead of the three Batman games that were released in the past few years, mostly because this is a current-gen only game.

Batman: Arkham Knight is scheduled to release this year, in October, on PC, Xbox One and PlayStation 4, with no version of the game planned for the old platforms. Unfortunately, the game still runs on old technology. Rocksteady did not make the jump to Unreal Engine 4, keeping the old UE3 for the new game. What’s interesting is the fact that I had to look this information up before writing this news piece, which means that it’s not such a big deal. Still, if this is what Rocksteady can achieve on such an old engine, I can’t wait to see what they can do with a newer version.

Old-school gamer with a cheeky tongue that gets me in trouble. When I'm not playing games, I'm writing about them, preferably in the vicinity of a fridge! Oh, and if you're a Justin Bieber fan, I'm afraid we can't be friends!
Previous Assassin’s Creed Pirates ported to Internet Explorer
Next Google is now officially more valuable than Apple