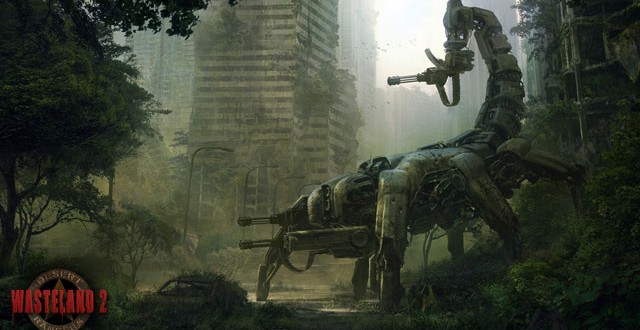 Wasteland 2 will be released at the end of August

Inxile Entertainment announced that Wasteland 2 will be released later this year thanks to its successful Kickstarter program. The original Wasteland was launched back in 1988 and is best known for serving as inspiration to the popular Fallout series. Now, more than 26 years later the post-apocalyptic RPG is making a comeback and will be available in late August for the PC.

Back in March 2012 when Wasteland 2’s crowd founding program began, inXile’s goal was to raise at least $900.000. After just 24 hours contributions reached almost $600.000 and the original goal was reached in under 43 hours. The Kickstarter ended last month, raising more that $2.9 million which pushed the game back almost a year in order to make Wasteland 2 even more ambitious than initially planed.

“What we’re releasing is a game of much greater scope than we ever dreamed of when starting our Kickstarter,” said director Brian Fargo. “More features, more areas, more reactivity, more words, all thanks to you for funding our game and for giving us the time needed to finish it. My goal has been to over deliver on your expectations for Wasteland 2.”

The beta test version of Wasteland 2 is already available and has just received a major update which added the full Arizona area. The blog post mentions that following this latest addition, almost half the game is now available to beta testers. Wasteland 2’s director says that “At this stage we’re internally feature complete, but not feature locked”. He also added that  “What that means is that every feature is in our dev builds but we’re still testing functionality, gameplay balance impact and even quality.”

“But we are not yet in full lock-down, it is important for us to stay flexible for iterations as we keep learning from the backer beta. For instance, we’ll be tweaking the skill usage density and variety our game levels, and adding some smaller lines and skill-paths. Combat balance is something else we’ll be spending a lot of time on in the next months, as it still needs much fine-tuning. Localization is another major step and we can do with more help on that, see more below. In other words, these next few months won’t be idle months!”

Inxile didn’t mention a specific release date for Wasteland 2 but did confirm that the game will only be available for Windows, Mac and Linux. Director Brian Fargo says the opening cinematic will be revealed on May 24th during the MCM London Comic Con.

I’m Load The Game’s co-founder and community manager, and whenever I’m not answering questions on social media platforms, I spend my time digging up the latest news and rumors and writing them up. That’s not to say I’m all work and no fun, not at all. If my spare time allows it, I like to engage in some good old fashioned online carnage. If it’s an MMO with swords and lots of PvP, I’m most likely in it. Oh, and if you’re looking to pick a fight in Tekken or Mortal Kombat, I’ll be more than happy to assist! Connect with me by email markjudge (@) loadthegame.com only
@@MarkJudgeLTG
Previous HTC One M8 Review. Quality has a price
Next Halo 5 Guardians Director is annoyed by leakers