Breaking News
Home » Tech » Moto 360 – Everything you need to know 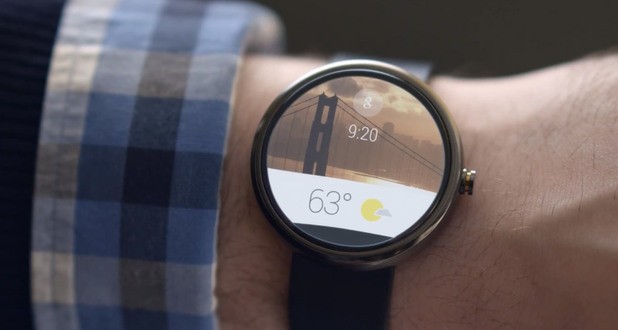 Moto 360 – Everything you need to know

Wearable devices are getting more real by each day. Google already announced its Android Wear platform back in March that will serve as the new OS for all kinds of wearable devices. LG has already announced its LG G Watch and Motorola its Moto 360 to arrive in the near future and we can’t wait for them to arrive. The Moto 360 stand out by far form its smartwatch brothers and we summarized all the known facts about it.

Although Motorola did not confirm it, the potential price of the Moto 360 could be $249. Motorola’s “Moto 360 Design Face-Off” contest, where the participants can design their own Moto 360 face using a Photoshop template, will grant the winner their very own Moto 360 smartwatch. According to the official rules of the contest the prize value is $249. Motorola did not deny these speculations, although it’s unclear if this price tag won’t be only for a base model of the Moto 360.

So far we know that it will use Google’s Android Wear OS and will work like a notification window. It will display your latest notification letting you interact with them either by swiping them away or issuing voice command trough Google Now. As its name suggests, the Moto 360 will have a classic, circular face that looks elegant and simple at the same time. The device will only sport one button on its side and the screen can rotate allowing it to be worn either on your left or right hand.

The Moto 360 will work with any Android smartphone that runs v. 4.3 or higher. It will also feature a stainless steel body and will be water resistant. Motorola did not offer more information about its IP ratings but considering that modern devices come with IP67, allowing them to survive for 30 minutes submerged under 1m of water; the Moto 360 might come with the same rating. Rumors say that the device might be protected by sapphire glass but considering that this might bring the price up higher than $249 it’s unlikely that all versions will get this feature.

From what we can tell based on its design, the Moto 360 will use wireless charging, as an USB port would ruin its sleek design and Motorola already hinted on some “special” charging. It will also make use of OLED technology for its display as it provides great power efficiency. Motorola stated that you will always be able to tell the time when looking at it, but haven’t specified if the device will always stay lit or it will only switch on when it detects your eyes looking at it. It could also switch to grayscale over time like the Sony Smartwatch 2 to show the time 24/7. We will only know for sure in a few months.

Regarding the release date of the Moto 360, we can only guess that it will either be at the end of June or beginning of July at the annual Google I/O event. It looks like we won’t need to wait for long to get our hands on the latest high-tech wearable gadget.

Tech enthusiast and RPG gamer, I've been surrounded by technology and PC hardware my entire life. I'm fascinated by anything mobile, and when I'm not tinkering with some newly released gadget, I love to immerse myself in the epic tales of Role Playing Games.
Previous Ubisoft revealed its lineup for E3 2014
Next Minecraft for current-gen will launch in August