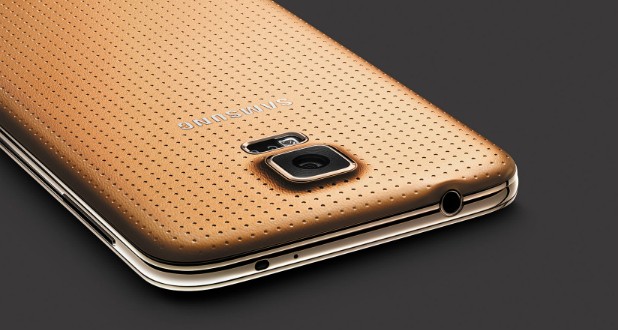 Samsung Galaxy S5 Gold available to all US carriers next week

A press release put out by Samsung today informed that the Gold edition of the Samsung Galaxy S5 will be released to all carriers, not just T-Mobile. The press release also mentioned that the exquisite device will be available to more people around the world soon, but May the 30th is the official date for US market. Therefore, the phone will be offered by AT&T , Sprint, Verizon, T-Mobile and U.S Cellular. The price remains unknown yet.

The Samsung Galaxy S5 Gold will have the exact same specifications as the regular Samsung S5:

The gold S5 actually has  a copper-colored back panel and it looks extremely elegant. First revealed only in black and white at the Mobile World Congress in Spain, Samsung seems to reward late buyers for waiting. It has become a tradition already and not long after the release of a legendary smartphone, improved versions or exquisite designs come to amaze the markets.

Most fans of the Samsung Galaxy S5 would comment that the color is not important, as long as you get the device. Actually, the manufacturer’s choice of colors is a conscious one and it has its purposes. Therefore, consumers are targeted depending on their age and favorite colors. Lighter color palettes suggest refinement while colorful hues inspire very young people to buy these devices. Many other companies have trusted this strategy, like Apple, for example. Apple has been releasing iPhone editions in green, blue, yellow and red varieties, as limited editions. Of course, white phones are never ignored by consumers so the white edition is a must for every smartphone developer. Lately, best smartphone companies follow the same marketing rule: Motorola, Nokia, HTC, LG and others.

I’m Load The Game’s co-founder and community manager, and whenever I’m not answering questions on social media platforms, I spend my time digging up the latest news and rumors and writing them up. That’s not to say I’m all work and no fun, not at all. If my spare time allows it, I like to engage in some good old fashioned online carnage. If it’s an MMO with swords and lots of PvP, I’m most likely in it. Oh, and if you’re looking to pick a fight in Tekken or Mortal Kombat, I’ll be more than happy to assist! Connect with me by email markjudge (@) loadthegame.com only
@@MarkJudgeLTG
Previous Microsoft introduced Surface Pro 3 with a 12-inch display
Next Dark Souls director is the new president of From Software