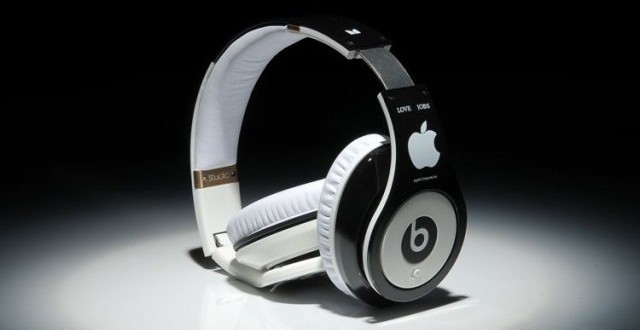 According to TechCrunch, a reliable source has confirmed that the Apple Beats (Beats by Apple?) deal “is happening”. Although no official announcement has been made yet, the source claims that Apple’s acquisition of Beats is almost certain at this point. The article also says that the company is more interested in the talent than the technology.

“They want Jimmy and they want Dre,” the source mentioned. “He’s got fashion and culture completely locked up.” Beats was founded back in 2006 by entrepreneur Jimmy Levine and famous rapper Andre Romelle Young, better known as Dr. Dre. The company is best known for Beats by Dre, which are considered to be some of the best headphones in the world.

They are certainly the most popular by far and have become a fad in recent years, even though many people consider them to be way too expensive. An Apple Beats pair of headphones might end up being even more so, but we’ll know for sure only after the acquisition will be officially confirmed.

The deal was supposed to happen a while ago, but it seems there were some issues and it was close to falling apart on more than one occasion. “The deal hasn’t fallen apart yet,” the source said. Unfortunately, we don’t know exactly when the acquisition will happen so we’ll just have to wait and see how the situation develops. In any case, rumor has it that Apple plans on buying Beats for the not-so-modest sum of $3.2 billion. Needles to say, the offer made a few people very happy, and will soon make them very rich as well.

A video featuring Dr. Dre and Tyrese Gibson made its way to youtube a couple of weeks ago, and is the reason why many people believe Apple Beats will become a thing soon. “Billionaire boys club for real, homie” Gibson said. He also mentions that ” The Forbes list just changed. It came out like two weeks ago, they need to update the Forbes list. Shit just changed.” Dre also steps forth and adds “In a big way. Understand that. The first billionaire in hip hop, right here from the motherfuckin’ West Coast. Believe it.” Check out the full video below.

I’m Load The Game’s co-founder and community manager, and whenever I’m not answering questions on social media platforms, I spend my time digging up the latest news and rumors and writing them up. That’s not to say I’m all work and no fun, not at all. If my spare time allows it, I like to engage in some good old fashioned online carnage. If it’s an MMO with swords and lots of PvP, I’m most likely in it. Oh, and if you’re looking to pick a fight in Tekken or Mortal Kombat, I’ll be more than happy to assist! Connect with me by email markjudge (@) loadthegame.com only
@@MarkJudgeLTG
Previous The Order: 1886 news rumored to arrive next week
Next GTA: City Stories on the cards?