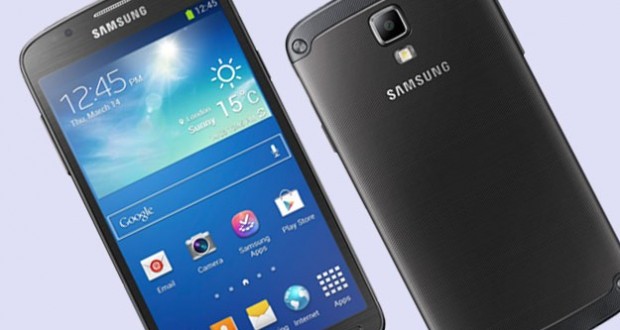 Tech gurus were expecting to hear rumors about the next Galaxy S5 Active at any time and now here they are. Last year, Samsung Galaxy S4 was followed by the S4 active, which had exactly the same specifications but it was designed for people who are active and need a less sensitive smartphone on their hands. Therefore, Samsung made it waterproof, with a stronger case and physical buttons at the bottom of the screen instead of the touch-screen buttons for the MENU, BACK and OPTIONS.

The Galaxy S5 Active was not announced yet by Samsung, but the phone was already revealed and examined in a few YouTube videos. This model will include the heart rate sensor, as promised, and will keep the waterproof hardware, the physical buttons and the stronger case on the back of the phone. The display of this model will be a Super AMOLED 1080p by comparison with the S4 Active, which wears the LCD display. In regards to the processor and memory, specifications will not change: 2GB RAM memory, and a Snapdragon 801 processor. Also, the rear camera is a 16 MP one, just like its brother’s. No information has been released yet about the fingerprint scanner on the new S5 Active, but more information will be revealed after Samsung will decide to officially announce the phone.

The model code of the new device will be SM-G860P for sprint (in blue and black), SM-G870A  (dark green, greenish blue, ruby red, titanium silver) for AT&T, SM-G870W for Bell Canada. This prototype looks extremely useful to active people and it is believed to have a real success. Until more updates will be made by the Korean company, we are still waiting to see the brand new Galaxy S5 prime which is known to include 2K and the ability to download data at up to 225MB/sec.

I’m Load The Game’s co-founder and community manager, and whenever I’m not answering questions on social media platforms, I spend my time digging up the latest news and rumors and writing them up. That’s not to say I’m all work and no fun, not at all. If my spare time allows it, I like to engage in some good old fashioned online carnage. If it’s an MMO with swords and lots of PvP, I’m most likely in it. Oh, and if you’re looking to pick a fight in Tekken or Mortal Kombat, I’ll be more than happy to assist! Connect with me by email markjudge (@) loadthegame.com only
@@MarkJudgeLTG
Previous Facebook app “hears” what you’re listening to
Next QuickCircle – Wireless charging case for the LG G3