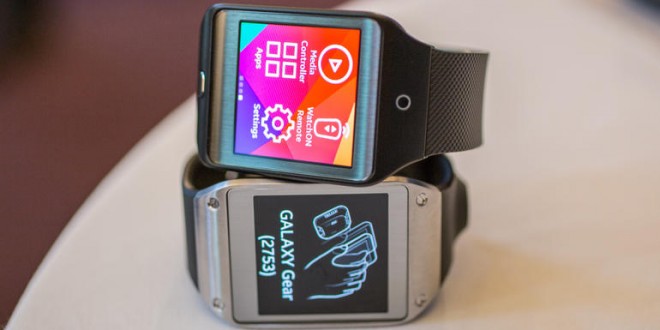 Samsung’s Tizen powered Gear Solo to be released this year!

Samsung has a good reputation among the smartwatch developers. So far, the smartwatches can be connected with mobile devices through Wi-Fi and keep consumers updated without taking the smartphone out of their pockets or purses.  Rumors have been heard these days about a smartwatch that will stand alone and work independently from a smartphone or tablet. The new device will be called Samsung Gear Solo and it will be powered by Samsung’s Tizen OS. So, the wrist communicator will no longer have the same functions. The weird thing about it is the fact that it will have its own SIM card slot. This way, users will be able to make calls from the smartwatch without pairing it with another device. The new watch features similar functionality to the Gear 2, using an email app, GPS, Bluetooth, heart monitor, camera and sending-receiving texts and calls.

The Samsung Gear Solo has not been officially announced and there is no release date yet, but it will probably be out on the market before the end of the year. After the Gear family’s success, this is the next step towards evolution. The first Samsung Galaxy Gear was released on the 25th of September, 2013, followed by the Galaxy Gear 2, Gear 2 Neo and Gear Fit. The main difference between the wearable devices, especially between Galaxy Gear and Gear 2 is the operating system. The first version of the smartwatch was wearing Android, while at the second one, Android was dropped and replaced by Tizen and therefore, the whole interface changed. The difference between the Galaxy Gear 2 and Gear 2 Neo is that the second one does not have a camera, so it is more accessible to the consumers who have a lower budget. All three devices feature a 1.63-inch Super AMOLED display, with a 320×320 resolution for 278ppi and 4GB of on-board storage.  For those who are not familiar with Tizen, it is a Linux-based operating system for smartphones, tablets, in-vehicle infotainment devices, smart TVs, laptops and smart cameras. Tizen is a project within the Linux Foundation and governed by a Technical Steering Group formed of Samsung, Intel and others.

Similar to the devices released so far, the Samsung Galaxy Gear Solo will probably be compatible to high-end smartphones and tablets, even though it will not necessarily need a connection to work properly. More information about this tech is expected soon, as well as information about specs, release date and price.

I’m Load The Game’s co-founder and community manager, and whenever I’m not answering questions on social media platforms, I spend my time digging up the latest news and rumors and writing them up. That’s not to say I’m all work and no fun, not at all. If my spare time allows it, I like to engage in some good old fashioned online carnage. If it’s an MMO with swords and lots of PvP, I’m most likely in it. Oh, and if you’re looking to pick a fight in Tekken or Mortal Kombat, I’ll be more than happy to assist! Connect with me by email markjudge (@) loadthegame.com only
@@MarkJudgeLTG
Previous Check out Surface Pro 3’s CPU info and pricing!
Next Google is releasing a tablet with advanced vision capabilities, but only for developers