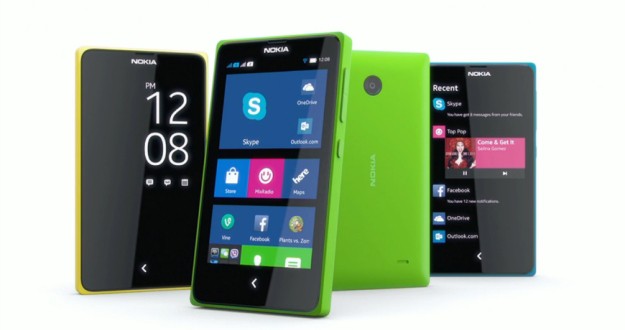 Microsoft is working on adding up features to the Nokia X2

After the great partnerships between Nokia and Microsoft began, we heard that Microsoft will be adding a home button to the new line of smartphones, called X-smartphones series. Now, a new Android-based Nokia device will be released soon by Microsoft and a few rumors have been heard about it, based on a recent leak. The Android smartphone will be called “Nokia X2” and it was designed on the same principle as the Nokia X. Photos of the specs sheet leaked, so here they are:

Nokia X’s successor will probably compete with Motorola Moto G and Moto E, bringing satisfaction to budget consumers who are looking for entry-level smartphones. Even so, the Nokia X2 looks like it has improved some things, like the RAM which is double by comparison to the previous model. Also, rumors have it that it could be a dual SIM phone, too. The release date is still unknown and Microsoft has yet to confirm the official model name of the device. The Nokia X-smartphones series is based on Android Open Source Project which is an initiative created to guide the development of the Android mobile platform. But, by comparison with other Android based devices, this one has no access to Google Play. In this case, users can load Android apps for any third party source.  The reason why Google Play is missing from the Android device is that Microsoft wants to guide consumers towards its cloud, not towards Google’s. Aside from Google Play, it also lacks Google Maps, Gmail, Chrome, Drive and everything that has to do with Google. Of course, it has to add up an app store to replace Google Play, so it replaced it with the Nokia Store.

After Microsoft welcomed the Nokia Devices into its team, beginning on the 25th of April, the personnel with deep industry experience in more than 130 sites in 50 countries around the world was welcomed, too. Microsoft assured all users of the existing devices that it will honor all warranties, so they can rest assured that their warranties will not be lost once Nokia has joined Microsoft.

I’m Load The Game’s co-founder and community manager, and whenever I’m not answering questions on social media platforms, I spend my time digging up the latest news and rumors and writing them up. That’s not to say I’m all work and no fun, not at all. If my spare time allows it, I like to engage in some good old fashioned online carnage. If it’s an MMO with swords and lots of PvP, I’m most likely in it. Oh, and if you’re looking to pick a fight in Tekken or Mortal Kombat, I’ll be more than happy to assist! Connect with me by email markjudge (@) loadthegame.com only
@@MarkJudgeLTG
Previous Windows 8.1 with Bing confirmed by Microsoft
Next T-Mobile Samsung Galaxy S5 update stopped