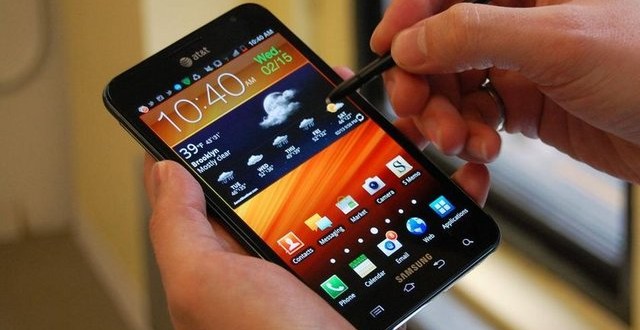 Many people assume that the IFA Trade Show, which takes place during September 5-10 would be the perfect place to release the upcoming Samsung Galaxy Note 4. However, the most recent rumors suggest that it’s more plausible for the device to be launched a couple of days before the event kicks off.

This information was apparently leaked to Android Geeks by a well-placed insider who says the Note 4 will be announced on September 3rd. Reports indicate that this insider is a reliable source of information. Furthermore, this seems to be the same person that revealed September 4th as a release date for the Samsung Galaxy Note 3 last year. As we all know, that rumors proved to be true so we are inclined to believe this new leak as well. The source also mentions that invitations to the Unpacked event will be sent by Samsung sometime during mid-August.

While this rumor isn’t necessarily all that helpful, it’s certainly good to have some info from a reliable source. Unfortunately, we still know little about how the Samsung Galaxy Note 4 will look or what sort of features will be included. There are certainly a lot of rumors and speculations floating around and we’re going to share some of them with you here. Remember to take these with a grain of salt until we have something more solid.

Word on the street is that Samsung’s upcoming ‘phablet’ will feature a Youm flexible three-sided OLED display. This innovative technology was presented by the Korean company during last year’s CES. If this proves to be true, we’ll be looking at a unique device with the potential to sway a lot of customers to Samsung’s side. Given that competition on the market is extremely fierce, this move would be just what they need in order to leave any would-be competitors behind.

Spec-wise, the Samsung Galaxy Note 4 is rumored to come equipped with a 5.7-inch QHD panel with 2560 x 1440 resolution and 515 pixel density. Other reports suggest that Samsung might opt for a bigger display this year, possibly going up to 5.9-inches. The device is also said to sport a Qualcomm Snapdragon 805 processor, 3 GB of RAM and a 16MP ISOCELL primary camera with Optical Image Stabilization. Finally, the phablet is believed to come straight out of the box with the Android 4.4 KitKat operating system. This might all be wishful thinking or it might be a glimpse into the future, only time will tell. Until then please stay tuned as we bring you more news and updates.

I’m Load The Game’s co-founder and community manager, and whenever I’m not answering questions on social media platforms, I spend my time digging up the latest news and rumors and writing them up. That’s not to say I’m all work and no fun, not at all. If my spare time allows it, I like to engage in some good old fashioned online carnage. If it’s an MMO with swords and lots of PvP, I’m most likely in it. Oh, and if you’re looking to pick a fight in Tekken or Mortal Kombat, I’ll be more than happy to assist! Connect with me by email markjudge (@) loadthegame.com only
@@MarkJudgeLTG
Previous T-Mobile Samsung Galaxy S5 update stopped
Next Oppo Find 7 and Oppo Find 7a displays show strange colors