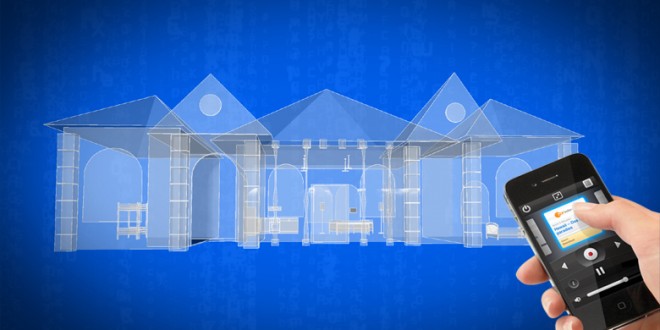 According to a report, Apple is planing to make an entrance in the connected smart house area. The company plans to make a platform that would allow their iOS devices to control their smart home devices. For instance, using an iPhone to control the lights or the security system are only some of the thing you can do with a connected smart house software. This platform will be built into the Apple devices and it will be revealed next week at the WWDC. The program will include not only iPhone and iPads, but also Apple TV. Combining the three will allow you to set the lights in a room to turn on when you enter, turn on the security system when you leave your house, or to control other connected appliances. This system is similar to the “Made for iPhone” program, but it also comes with a third-party hardware that allows accessory makers to develop devices that would work with Apple’s platform.

The platform is quite similar to AirPlay, CarPlay and iBeacon, meaning that some automation functions could work with Bluetooth. It’s also been predicted that the new line on iPhones will come with NFC, which could also be a part of Apple’s smart home approach. The first time Apple mentioned their interest in developing a platform for home automation was last year in November, so it was about time to get into action. In 2013 the company announced its plans to better integrate iOS into car dashboard screens. Afterwards, they released iBeacon location-sensing technology that’s running iOS 7 and it’s already used for indoor navigation, automatic ticketing and location-relevant promotions. So moving to this level of software development was a smart choice, considering home automation is seen as a growing market.

As great as this news might sound for some of us, Apple’s entrance in this market could mean the end for start-ups like SmartThings. This company already provides similar services, but it’s unlikely it will stand a chance against Apple. Regarding Apple’s competition, there are some companies that have already expressed their interest for this technology, like Samsung and Google. No wander Apple acts so aggressively regarding this particular matter.

Besides showing off with their smart home software platform, Apple is expected to introduce new versions of iOS and OS X at next week’s conference. Other more exciting announcements are prepared for this year’s WWDC on 2 June. Nothing much is known about the other surprises Apple prepared, but we have great expectations.

I’m Load The Game’s co-founder and community manager, and whenever I’m not answering questions on social media platforms, I spend my time digging up the latest news and rumors and writing them up. That’s not to say I’m all work and no fun, not at all. If my spare time allows it, I like to engage in some good old fashioned online carnage. If it’s an MMO with swords and lots of PvP, I’m most likely in it. Oh, and if you’re looking to pick a fight in Tekken or Mortal Kombat, I’ll be more than happy to assist! Connect with me by email markjudge (@) loadthegame.com only
@@MarkJudgeLTG
Previous Google+ was updated to help you locate your friends
Next HTC One (M8) European Software Update