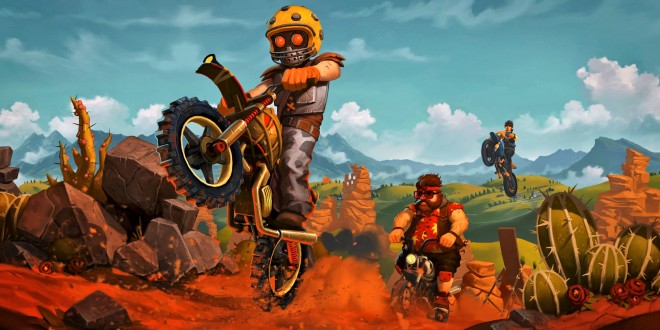 Trials Frontier debuted last month on iOS to great success, and it is now finally available for Android devices. The game, developed by the studio creating the main console-centric Trials series, RedLynx, can now be downloaded for free in Google Play Store and the Amazon App Store.

As most mobile incarnations of console games, this too is a free-to-play game, based on energy, called fuel in this case. You can play a limited amount of tracks before your fuel runs out, but you can wait for it to recharge for a few minutes, or pay some real money to keep playing. Leveling up also refills your fuel meter so solving in-game quests should be a good incentive to make you keep playing.

The game has already been downloaded 10 million times on iOS, and it features ten completely different environments, 250 quests and 70 tracks, so there is no shortage of content. In order to make the game feel like a constant challenge, the newer tracks you unlock require better equipped bikes, so you will have to constantly play in order to find components and blueprints that upgrade your bike and unlock new vehicles.

While Trials Fusion went into a futuristic Sci-Fi universe, trials Frontier puts us in a post-apocalyptic setting, after the fall of modern civilization, where people live in small isolated villages. It seems that Frontier is chronologically set after Fusion, so if you care about the continuity of the Trials timeline, there’s that. Chances are that you don’t, because Trials has never been about storytelling or time frames, and was always about perfecting the run through a level.

Trials Frontier has all that and some more with the customization and questing added on top, offering a sweet deal for the price of $0.00. If you can live with some free-to-play elements and the energy bar, you can now have fun with the game on Android devices too. The game is available right now.

Old-school gamer with a cheeky tongue that gets me in trouble. When I'm not playing games, I'm writing about them, preferably in the vicinity of a fridge! Oh, and if you're a Justin Bieber fan, I'm afraid we can't be friends!
Previous FIFA Ultimate Team: World Cup to debut this week
Next Hearthstone World Championships will be held at BlizzCon 2014