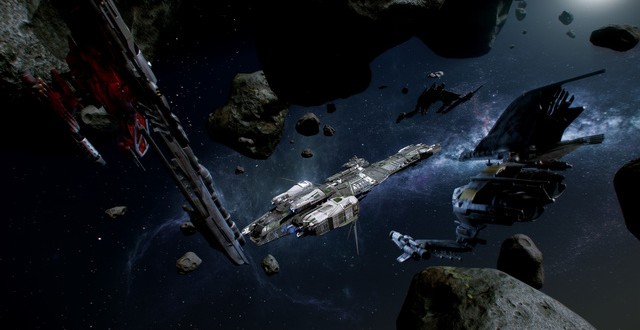 Dogfighting module for Star Citizen has been delayed

The dogfighting module for Star Citizen that was supposed to be released today has been delayed. Chris Roberts, director of the game and head of Cloud Imperium Games explained the decision in a recent blog post. Roberts says that the team has been working around the clock for the past two weeks to polish the game. Alas, a couple of nasty bugs prevented it from being released on time.

Also known as Arena Commander, the module is meant to allow backers of the Star Citizen project to test out their ships in combat against other players. The game’s biggest issue at the moment seems to be “a newly developed DirectX crash which breaks the single player Vanduul Swarm mode every backer will be given access to.” Star Citizen’s director explains that Cloud Imperium Games’ commitment to quality prevents them from releasing the module in its current state. “It would be foolish to release an unstable build, even if pre-alpha for the sake of meeting an internal deadline,” Roberts states.

He also says the team is aware that this decision will make some people unhappy, including himself. “No-one would like to see the community get their hands on Arena Commander more than I would,” Roberts pointed out. Given his passion for the game and his previous work within the industry, we are inclined to believe him. The post mentions that these sort of problems are bound to happen from time to time. The reason for the issues might be that Cloud Imperium is “sharing code and content long before one normally would in traditional development.”

“In order to keep our backers as informed as possible, I’m asking the production team to provide DAILY updates for the community until Arena Commander V0.8 ships. This will be the raw stuff: lists of bugs and other information to tell you the current health of the build. You will see the same information I do, and you will be able to follow as we resolve each “blocker” preventing the build’s release,” Roberts says at the end. It seems like the director hopes to make it up to all the players who were eagerly awaiting the release of the module.

Star Citizen is an ongoing crowd funded project that has raised more than $44 million already. With this kind of money in play, the stakes are naturally high and backers demand nothing less than perfection from the game. The full version of Star Citizen is expected to make its way to the PC sometime during late 2015 or early 2016.

I’m Load The Game’s co-founder and community manager, and whenever I’m not answering questions on social media platforms, I spend my time digging up the latest news and rumors and writing them up. That’s not to say I’m all work and no fun, not at all. If my spare time allows it, I like to engage in some good old fashioned online carnage. If it’s an MMO with swords and lots of PvP, I’m most likely in it. Oh, and if you’re looking to pick a fight in Tekken or Mortal Kombat, I’ll be more than happy to assist! Connect with me by email markjudge (@) loadthegame.com only
@@MarkJudgeLTG
Previous Call of Duty: Ghosts Invasion DLC leaked
Next Dawn of War is moving to Steam, multiplayer is safe