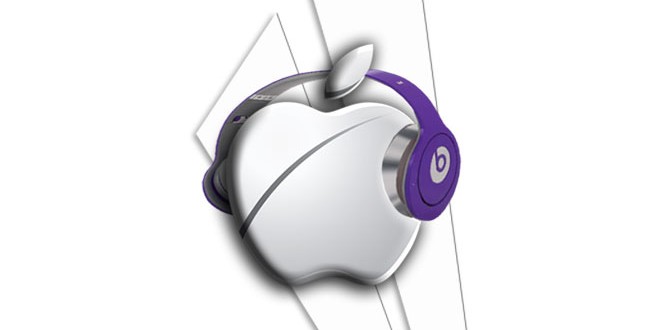 Many speculations have been circulating around about the relationship between Apple and Beats and many rumors were misheard. Now, the official thing is here. Apple is one of the companies that rely on the Beat Electronics’ ideas and projects and right now they are also showing it in a way that costs $3 billion. Apple officialised the fact that the company belongs now to the Cupertino campus and Dr. Dre (Andre Young) and Jimmy Lovine will join the business. Their titles are unknown yet, but they will have important contributions to the future projects.  It turned out eventually, that rumors about Apple being interested in Beats Music was just an effort to boost the iTunes numbers, was not true. Other rumors speculated that Apple wanted Beats only for the two founders and not the technology. But rumors are followed by surprises most of the times.

The $3 billion deal includes both hardware and the streaming software of the business.  CEO Tim Cook declared that “music is such an important part of our lives and holds a special place within our hearts at Apple,  that is why we have kept investing in music and are bringing together these extraordinary teams so we can continue to create the most innovative music products and services in the world.”

The Beat Electronics was founded on 2006 in Santa Monica California. Founded by Dr. Dre and Jimmy Lovine, the company was focused on headphones and speakers with powerful bass. These products are addressed to people who want to hear everything in the music they listen to; every single instrument and especially the bass. The Beat Electronics expanded in the online music industry starting 2012, when they purchased MOG and continued with the launch of the Beats Music service, this year.  Despite critics and low-rated reviews, the company’s high-margin headphones are some of the most popular on the market.  110 000 paying subscribers (March) of music service called “Beats Music” confirm the popularity of the products.

I’m Load The Game’s co-founder and community manager, and whenever I’m not answering questions on social media platforms, I spend my time digging up the latest news and rumors and writing them up. That’s not to say I’m all work and no fun, not at all. If my spare time allows it, I like to engage in some good old fashioned online carnage. If it’s an MMO with swords and lots of PvP, I’m most likely in it. Oh, and if you’re looking to pick a fight in Tekken or Mortal Kombat, I’ll be more than happy to assist! Connect with me by email markjudge (@) loadthegame.com only
@@MarkJudgeLTG
Previous The trailer for Bethesda’s Battlecry looks epic
Next Samsung hits again: will its Simband wearable prototype impress?