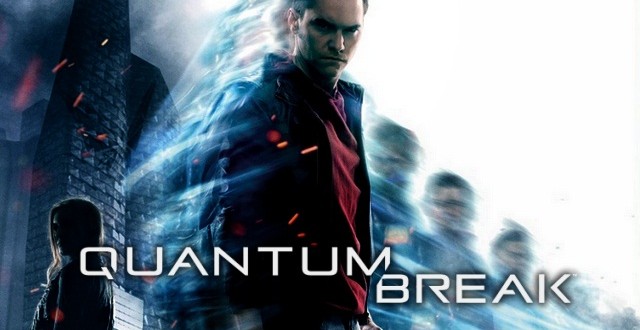 Quantum Break video and details will be revealed today

Quantum Break, the upcoming Xbox One exclusive third-person shooter is one of the most anticipated games of 2014. Developed by Remedy Entertainment and published by Microsoft, the game was first presented at last year’s E3. Almost a year has passed, and details on the title are still scare, but all of that is about to change very soon. Creative Director Sam Lake announced on Twitter today that a new Quantum Break video, along with some news will be revealed later today.

When is really soon? My really soon is later on today. A small video with some #QuantumBreak news coming right up.

Lake didn’t mention anything else so we’ll just have to keep an eye on Twitter for any other announcements. Unsurprisingly, this tweet started a wave of intense discussions and debates in the comments section. A lot of the users seem to think that a release date for Quantum Break will be revealed today. This would be a bit strange considering that E3 is only a couple of weeks away. One would think that this this year’s expo would be a better place to make such an important announcement. One the other hand, revealing details before the event will most certainly get fans even more excited for the game.

Meanwhile, reports coming in from industry insiders suggest that the launch date for Quantum Break has already been set. Notorius leaker @shinobi602 mentioned something about this on Twitter a while ago. When asked if he knows anything about a possible release date for Remedy’s upcoming game, Shinobi replied with “Targeting summer next year.” Previous reports claimed that the title will me making its way to the Xbox One sometime during this year’s Holiday Season. In any case, it would be wise to take these rumors with a grain of salt until something official is announced.

So far we know that Quantum Break will be a cover-based third-person shoot, which features time manipulation powers. Remedy Entertainment allegedly consulted a scientist in order to write the plot “in such a way that it adheres with current theoretical physics.” The game is set in the fictional Rivenport University, located in the North Eastern U.S. where three people have gained the ability to manipulate time. An interesting feature of the game is the fact that it will include live-action videos merged in with regular gameplay. Sounds very awesome if you ask me.

Not much else is known for the time being, but we should find out some more details later today according to Sam Lake. Stay tuned as we bring you all the latest news and updates.

I’m Load The Game’s co-founder and community manager, and whenever I’m not answering questions on social media platforms, I spend my time digging up the latest news and rumors and writing them up. That’s not to say I’m all work and no fun, not at all. If my spare time allows it, I like to engage in some good old fashioned online carnage. If it’s an MMO with swords and lots of PvP, I’m most likely in it. Oh, and if you’re looking to pick a fight in Tekken or Mortal Kombat, I’ll be more than happy to assist! Connect with me by email markjudge (@) loadthegame.com only
@@MarkJudgeLTG
Previous Dawn of War is moving to Steam, multiplayer is safe
Next One for All is back in League of Legends, and it’s better!